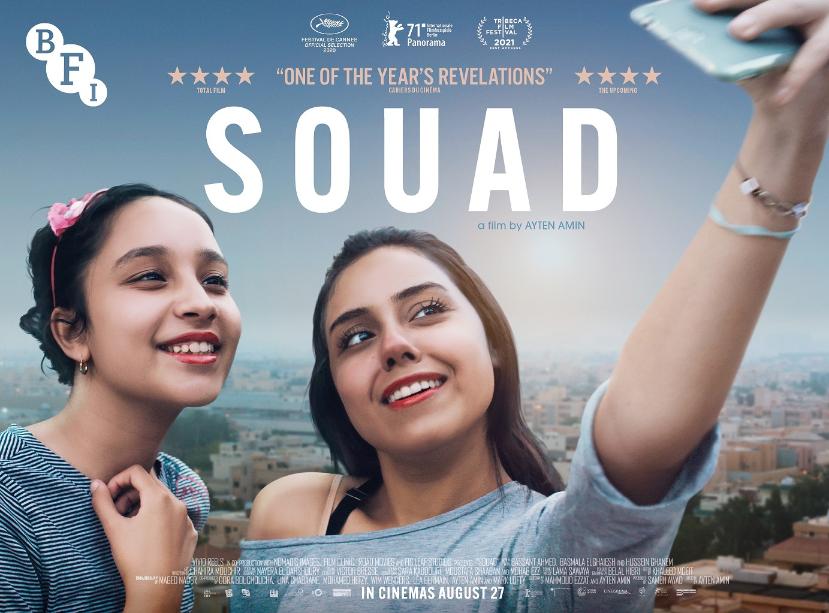 Souad (Bassant Ahmed) is a 19-year-old who lives with her younger sister Rabab (Basmala Elghaiesh) in Zagazig, a small city on Egypt’s Nile Delta. Souad leads a double life; while appearing conservative and wearing her veil among her family and in public, she is obsessed with her image on social media and addicted to her phone. She has secret virtual relationships with men and lies both on and offline about her dull and dutiful reality as she imagines a different kind of life with her ‘boyfriend’ Ahmed (Hussein Ghanem). As Souad’s actual life comes increasingly into conflict with her digital one, she struggles as her ambitions are slowly crushed, until tragedy strikes.

Featuring performances from a cast of non-professionals and shot verité-style, largely on location in Zagazig and Alexandria, the film acutely examines the contradictions of teenage life in modern Egypt and the challenges of combining traditional values with the fake but enticing world portrayed on social media.

SOUAD was a Cannes 2020 Official Selection film and selected for the 2021 Berlin Film Festival. Its physical world premiere was in competition at the Tribeca Film Festival, New York City on 12 June, where leading cast members Bassant Ahmed and Basmala Elghaiesh were jointly awarded Best Actress in the International Narrative Competition. The UK premiere was on 1 July at Barbican Cinema 1 when SOUAD was the opening film of the SAFAR Film Festival.

As well as its UK-wide release, SOUAD will play on extended run at BFI Southbank from 27 August and will be the centrepiece film of the season, THE TIME IS NEW: SELECTIONS FROM CONTEMPORARY ARAB CINEMA (running 27 August-5 October). Introducing new works and important Arab filmmaker voices to the UK, including a large number of female directors, the season is programmed by Youssef Shazli and Alia Ayman, co-founders of Cairo-based Zawya, Egypt’s leading arthouse cinema and distributor. They have chosen films that show the lyricism, humanity and poetry of everyday Arab life.