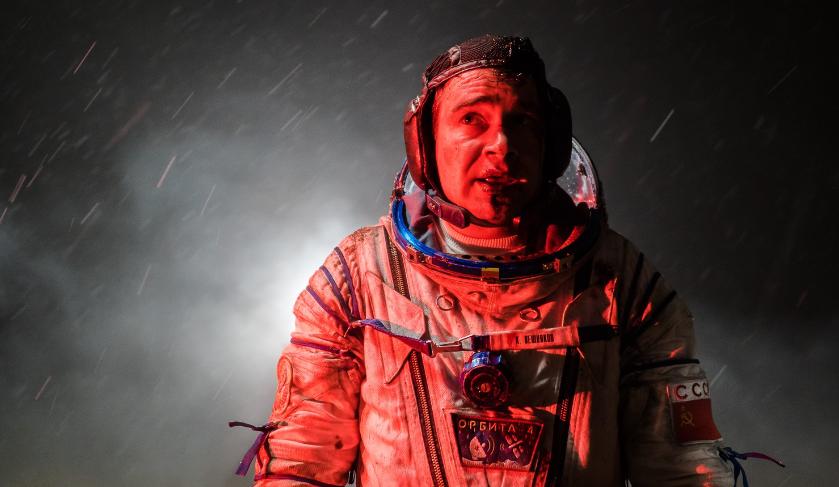 Lacking Hollywood blockbusters this summer might be the reason that Sputnik, a Russian Sci-fi/horror film that owes much to Alien, feels like a breath of fresh air in an otherwise pretty stagnant summer of mediocre films.

Set in 1938 at the height of The Cold War two Russian Cosmonauts’ are coming back to earth in their space capsule when one of them picks up an unwanted stowaway.

Crash landing in a field Konstantin Sergeyevich (Pyotr Fyodorov) is the only survivor, his fellow cosmonaut is found lying next to the space capsule with half his head missing.

Back on earth unorthodox psychologist Tatiana Yurievna (Oksana Akinshina, Lilya 4-Ever, Bourne Supremacy), one of her treatments sees her keeping patents heads under water until they almost drown, is recruited by the military to try and find out what’s going on with the cosmonaut, who’s now locked up in a secure military facility in the middle of nowhere.

Director Egor Abramenko, whose short film the story is based on, manages to keep the action and suspense flowing at pretty constant pace. Sputnik is by no means original and comparisons can be drawn to numerous horror films, I’ve already mentioned Alien but The Thing, Arrival and Species are just a few titles with very similar subjects.

Sputnik might feel like cheap Russian knock off of some past Hollywood blockbuster, however that shouldn’t let that distract you from seeing a film that’s genuinely scary and most and best of all, is highly entertaining.