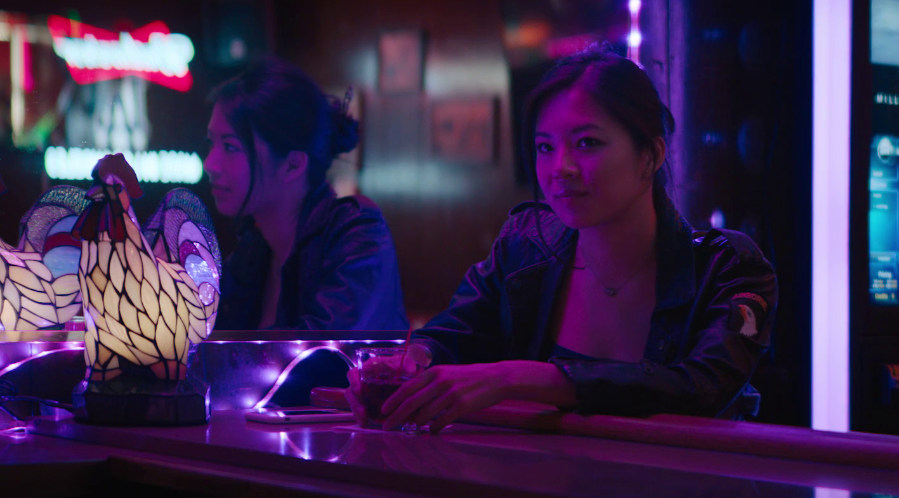 Movies about stalkers seem to have been a staple diet of Hollywood fiction writers over the last few decades. Admittedly not all have been great, for every “Fatal Attraction” (1987) we’ve had a “The Fanatic” (2019). What was John Travolta thinking about, if you’ve never watched it don’t.

Now, fresh from its successful screening at London's Arrow Video FrightFest Digital Edition, comes “Stalker”. Not an entirely original idea for a title but it pretty much describes what’s in the tin.

Vincent Van Horn is Andy, a history teacher who, after a break up with his girlfriend, moves from Texas to Los Angles. Out for a drink on one of his first nights in the city he strikes lucky and meets Sam (Christine Ko). After hitting it off the pair head for her flat in an Uber driven by a strange character called Roger (Michael Lee Joplin).

After a “chance” meeting leads to Roger and Andy sharing a drink in a bar Roger starts to take an unhealthy interest in Andy. Repeated text messages and numerous calls to Andy’s mobile result in Andy avoiding any contact with Rodger. Not one to be spurned Rodger ups the ante, placing video cameras in Andy’s flat, sending him to crack houses under the belief that he’s going to tutor a new student and, worst of all, peeing in his fresh orange after he breaks into his flat in order to place the aforementioned camera. Meanwhile as all this is going on Andy’s relationship with Sam deepens, unsurprisingly much to the dislike of Rodger.

Director Tyler Savage, who also wrote the screenplay and produced, has managed to create a taught thriller that’s enhanced in no small part by excellent performances from a fine cast. Vincent Van Horn is a particular standout, “Stalker” is one of his first major roles and on this evidence I don’t imagine it being his last.