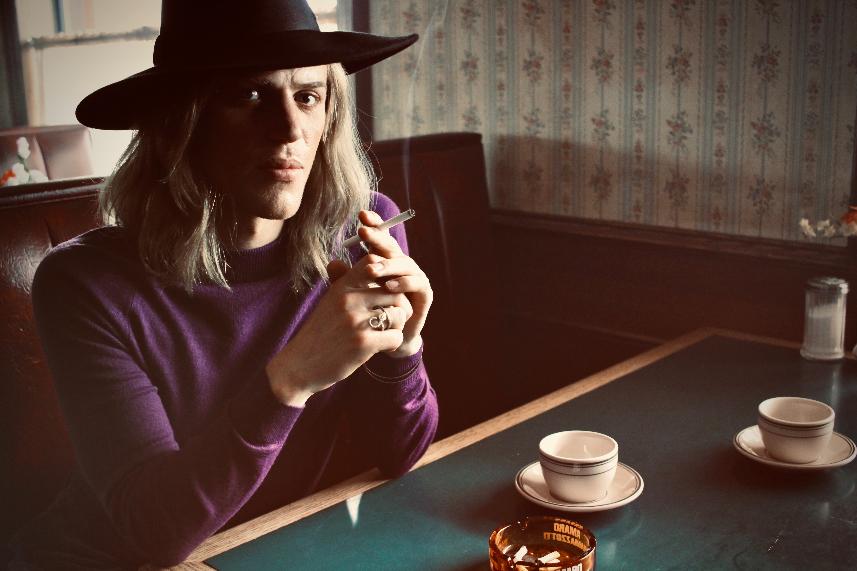 I’m sure that the story behind the making of Stardust would be just as, if not more, interesting than the actual finished film. Quite how the filmmakers managed, or even considered, making a biopic of David Bowie knowing that they didn’t have the support of the late David Bowie’s estate is a real mystery. With permission to his music denied director Gabriel Range is left using some cover songs that, in fairness, Bowie sung during the period in which the film was set.

Having watched the film it’s pretty clear why support was denied by Bowie’s estate as the film doesn’t paint a very pretty picture of Bowie. The film seems to like to focus so much on Bowie’s mental health that it makes you start to wonder if Bowie should have been in a hospital rather than crisscrossing America

The story, set in 1971, sees Bowie (Johnny Flynn) sent to America so that he can promote his latest album, The Man Who Sold the World. When he gets there he finds out that the Americans aren’t as enthusiastic about his music as he is and he’s forced to travel across America, accompanied by has-been Mercury Records producer Rob Oberman (Marc Maron), playing in either empty clubs or at conventions for hoover salesmen.

Meanwhile as he’s travelling the country Bowie has left his pregnant wife Angie (Jena Malone) at home, which is hardly surprising as Malone seems to spend the whole film being angry, either shouting and bossing Bowie or hanging up the phone when she’s not happy with Bowie’s progress.

With some Bowie songs Stardust might have been passable but without them all you're left with is a curiosity that’s feels like a very poor relative of films such as Bohemian Rhapsody and Rocketman.