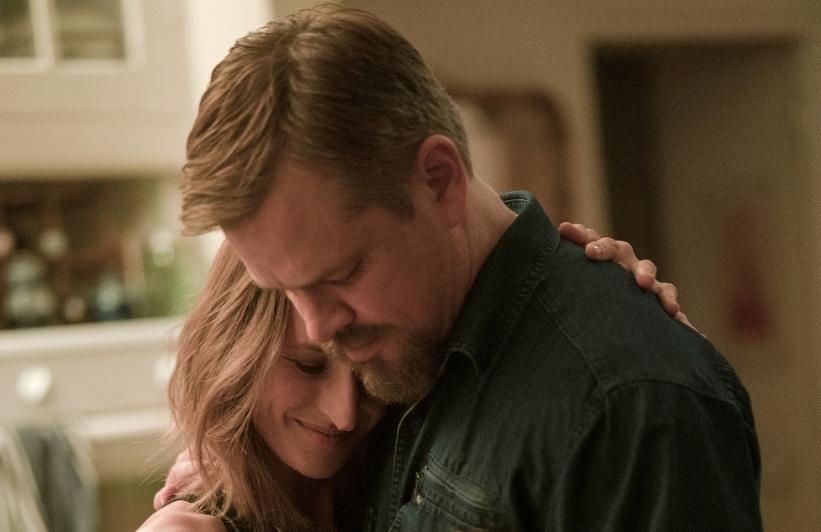 With huge similarities but allegedly not based on the story of Amanda Knox, the American student who was convicted, and later found innocent, of murdering her British flatmate Meredith Kercher in Italy in 2007, Stillwater, with one of the world’s biggest movie stars in Matt Damon and the Oscar winner Tom McCarthy (Spotlight 2015) directing and co-writing, has all the ingredients of a classic Hollywood blockbuster.

Damon plays Bill Baker an American oil-rig roughneck from Oklahoma who travels to Marseille in order to visit his estranged daughter Alison (Abigail Breslin), who is in prison serving a nine-year sentence for killing her French-Arab girlfriend, a crime she denies.

After Alison hears of possible new evidence that might clear her name and with prosecutors washing their hands of the case Bill takes it upon himself to investigate.

Confronted by language barriers Bill befriends a local actress called Virginie (Camille Cottin, from the Netflix series Call My Agent), who acts as his translator. Unsurprisingly in the midst of his investigation the pair start to fall for each other, helped in no small part by his friendship with Virginie’s eight-year old daughter Maya.

The story, at times, whilst enjoyable feels somewhat disjointed flirting from being a thriller one minute to a romantic movie the next and then to a family drama. The middle portion of the movie, and probably the most satisfying and enjoyable part, virtually dispenses with the murder investigation instead focusing on the relationship between Bill, Virginie and her daughter.

If you’re going expecting an action movie then you’re going to be sorely disappointed, McCarthy does take us down the path of Liam Neeson’s Taken for a short spell but very quickly reverts back to focusing on the characters relationships.

Stillwater comes recommended just don’t go expecting to see a thriller and you won’t be disappointed.