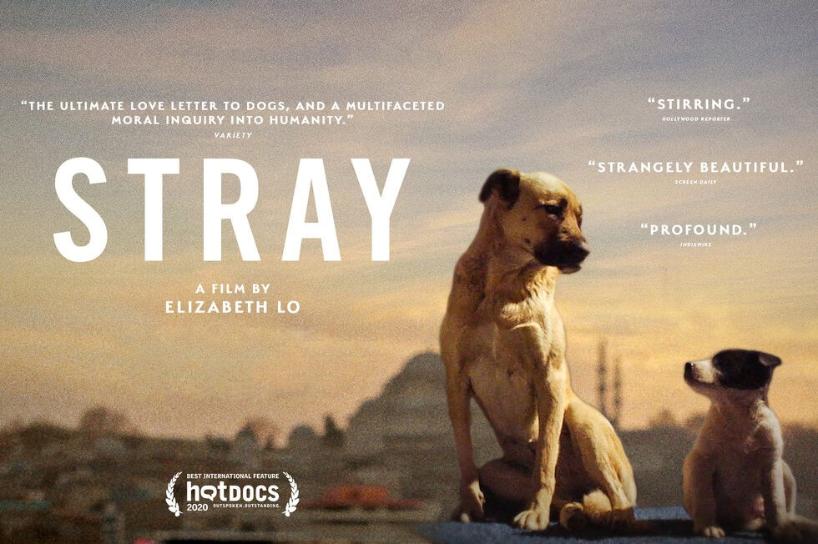 Stray marks director Elizabeth Lo’s feature film debut, having made only shorts in the past, a number of which have animals as their subject, a full length documentary about the life of stray dogs in Istanbul would seem like a natural progression.

Lo’s film follows four stray dogs through the streets of Istanbul, Turkey has a policy of not killing strays, a policy which has left Istanbul’s streets home to wandering packs of feral dogs. Concentrating on three of them, Zeytin, Nazar and Kartal, Lo’s camera follows the dogs as they wonder the streets and interact with the city’s population.

Stray’s is no David Attenborough hidden camera type of documentary as Lo chooses to focus her camera at the dogs eye level, not always a great idea as we seem to get a lot of shots of dogs sniffing other dogs butts or just general shots of dogs butts.

To take nothing away from Lo’s work, a caption at the end tells us that it was filmed over three years, it is hard to see how some of the shots were achieved without manipulation of the circumstances, for feral dogs they perform really well in front of the camera.

Lo appears to be a massive animal lover and that without doubt is the target audience she’s aiming for, for the rest of us, partiality if you’re not a dog lover, Strays is a really hard watch. If you enjoy watching dogs running around your local park Strays might be for you, if you don’t I don’t think that there’s much in Strays that will convert you into a lover of canines.