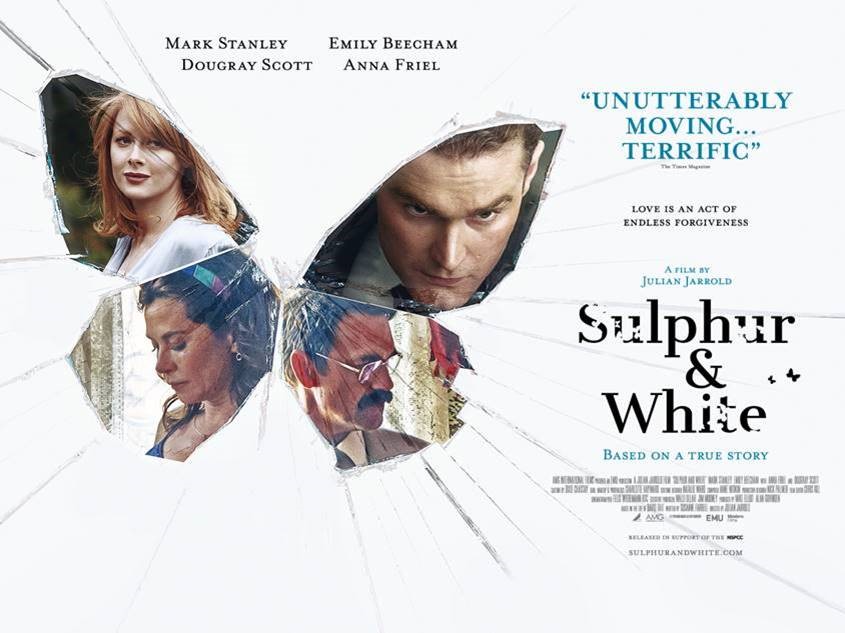 Based on the life of David Tait, played by an excellent Mark Stanley, Sulphur and White is the powerful story of how sexual abuse can have lasting consequences on an individual’s life.

We first meet David as a young man in his early 20s when he’s a successful trader on the London stock market. We are then taken back to his early life in South Africa, (young David is played by Hugo Stone) where, as he’s being brought up by his bullying father Donald (Dougray Scott) and his downtrodden mother Joanne (Anna Friel), he’s subjected to sexual abuse by various male paedophiles’.

Moving back to London, after his horrific experiences in South Africa, David’s finds that he can do no wrong when it comes to his work. Treated like a son by his boss (Alistair Petrie) a not particularly likable David finds that he’s the star of the financial markets.

Meanwhile on the flip side and underneath his brash exterior David’s personal life and mental health are not exactly where they should be. Cold and unapproachable, he has little contact with his father, he refuses to speak to his mother when she turns up unannounced at his place of work, he’s separated from his wife and sees very little of his children, David’s personal life is a mess. The only ray of sunshine, as his state of mind gets more and more fragile, might be the relationship that he starts to form with his colleague Vanessa (Emily Beecham).

Needless to say things don’t run smoothly for David as, after an initially promising start to their romance, his self-destructive tendencies start to surface and threaten to destroy their fledgling relationship.

David Tait’s story is one that deserves to be seen and told, from its powerful subject matter to the terrific performances from its excellent cast Sulphur and Whites comes highly recommended.