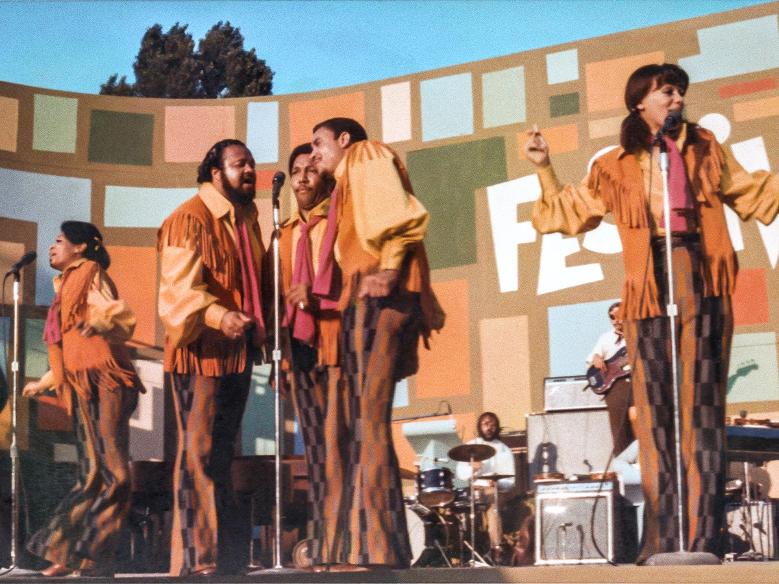 Filmmaker Ahmir “Questlove” Thompson” brings to the screen for the first time, in his documentary Summer Of Soul, footage from The Harlem Cultural Festival concert that took place over the course of 6 weeks during the summer of 69.

Taking place at the same time as, and only one hundred miles from, the more famous Woodstock Concert, the concert in Harlem which included performances from famous names such as Stevie Wonder, Nina Simone, Sly & the Family Stone, Gladys Knight & the Pips, Ray Baretto, Abbey Lincoln and Max Roach has largely been forgotten, footage taken at the time had been left lying on a shelf for over 50 years.

Now for the first time Thompson, through interviews with the stars who took part, people who organised the event and members of the public who were there, shines a light on a concert that’s been overshadowed by its near and more famous neighbour.

Your enjoyment of Summer of Soul will largely depend on your taste in music, if 60’s soul and Motown isn’t your thing then watching this isn’t going to change your opinion, however even if you have only half an interest in the music on offer there’s such an eclectic mix of performances here that there’s bound to be something for you to enjoy.

3/5
Summer Of Soul (...or, When the Revolution Could Not be Televised)
Documentary
1h 57m
Director:  Ahmir “Questlove” Thompson
UK Release:  Cinemas 16th July and exclusively on Star on Disney+ on 30th July.