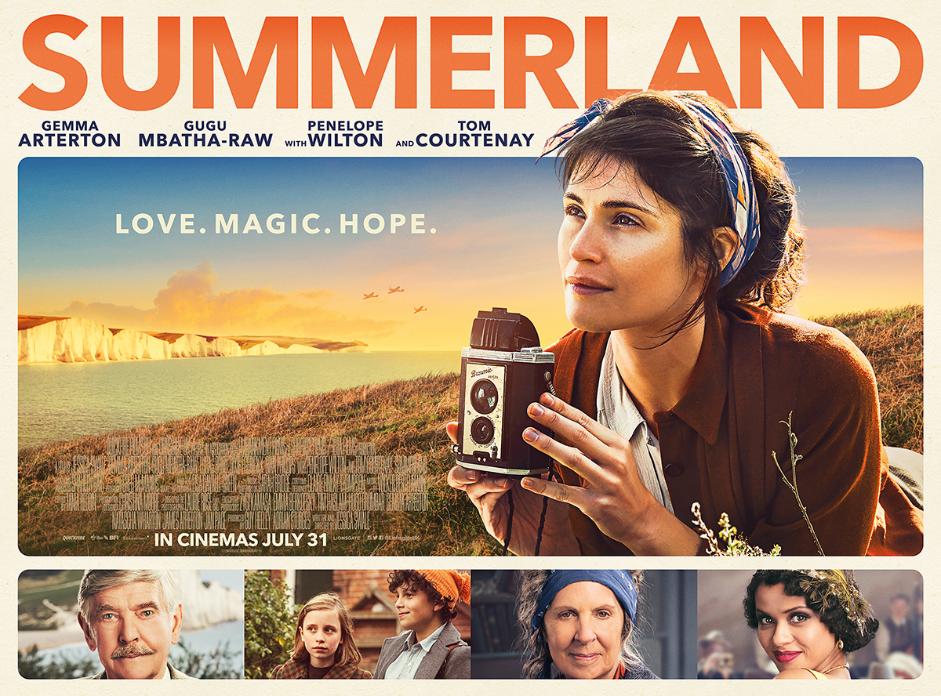 One of the first major films back in cinemas after their lockdown is writer and director Jessica Swales Second World War period drama, Summerland.

Starring Gemma Arterton as Alice lamb, an ill-tempered writer who lives a lonely existence in a cottage on the Kent coast. Locked away in her cottage writing her latest novel on floating islands and pagan concepts of heaven, Alice’s brief trips into the village are to either complain to the headmaster (Tom Courtney) that his pupils are stuffing rubbish through her letterbox, or going shopping in the local grocers where she likes to wave her rationed chocolate in the faces of small children.

With only loneliness and the memory of a friendship, that might have been more than a friendship, with a past fellow student called Vera (Gugu Mbatha-Raw) for company her life is turned upside down when Frank (Lucas Bond) a refugee from the blitz in London turns up unexpectedly on her doorstep.

First she refuses to cook for him, shoving a raw steak and potato in front of him and telling him “here’s your dinner”, she agrees to keep him for a week until the local authorities can find a new home for him.

As the week progresses a glimmer of a smile starts to appear on Alice’s mournful face as Frank starts to take an interest in her work and brigs a little sunshine into her life.

Arterton and Bond both play their roles well, Arterton in particular is good as are the cast of well-known faces that pop up in various roles. Where Summerland lets its self-down is in the final third where it turns from a charming film about friendship into a melodrama where the plot borders on the implausible.

Iffy ending besides, if you are a fan of British period drama there’s a lot to like about Summerland and it’s certainly worthy of your viewing time.