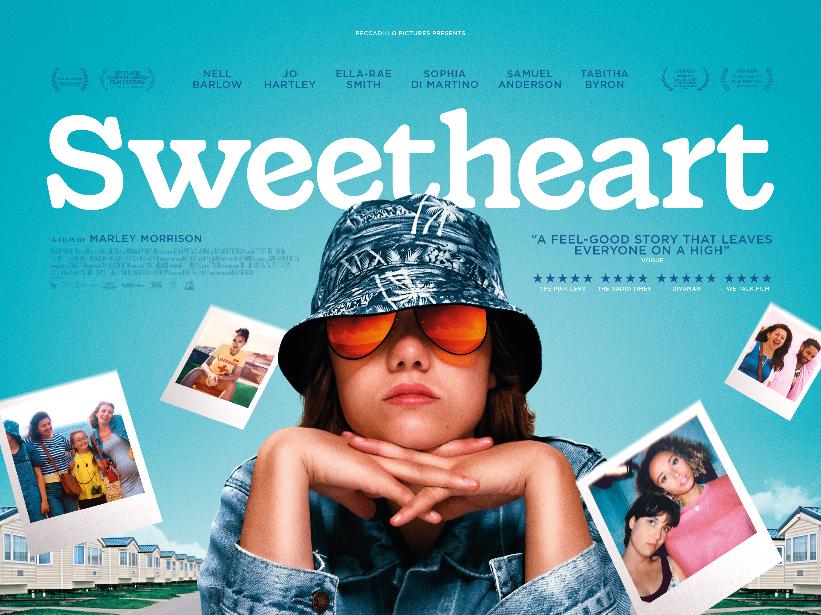 Films set in caravan parks seem to be a favourite at film festivals, 2020 saw Make Up garnering excellent reviews, whilst this year it’s the turn of Marley Morrison’s debut feature Sweethearts to take the plaudits.

The simple coming of age drama/comedy sees 17 year old AJ (Nell Barlow) going on a family holiday to a wind sept caravan camp on the Dorset coast. If a holiday with her your mother, pregnant sister and her husband wasn’t bad enough, AJ is struggling with her sexual identity. Having recently coming out to her family as gay AJ is as miserable as sin, moody and would rather be anywhere than where she is. Constantly arguing with her mother, who says her being gay as a passing phase, her mood perks when she starts flirting with lifeguard Isla (Ella-Rae Smith). Marley Morrison’s film is a funny and emotional journey as we follow AJ as she discovers her true inner self. Helped in no small part by some wonderful performances’, Nell Barlow is fantastic in the role of the awkward teen, Sweethearts comes highly recommended
4/5
Sweetheart
1h 34m
Director: Marley Morrison
Starring: Nell Barlow, Jo Hartley, Ella-Rae Smith
UK Release: Cinemas 24th September 2021