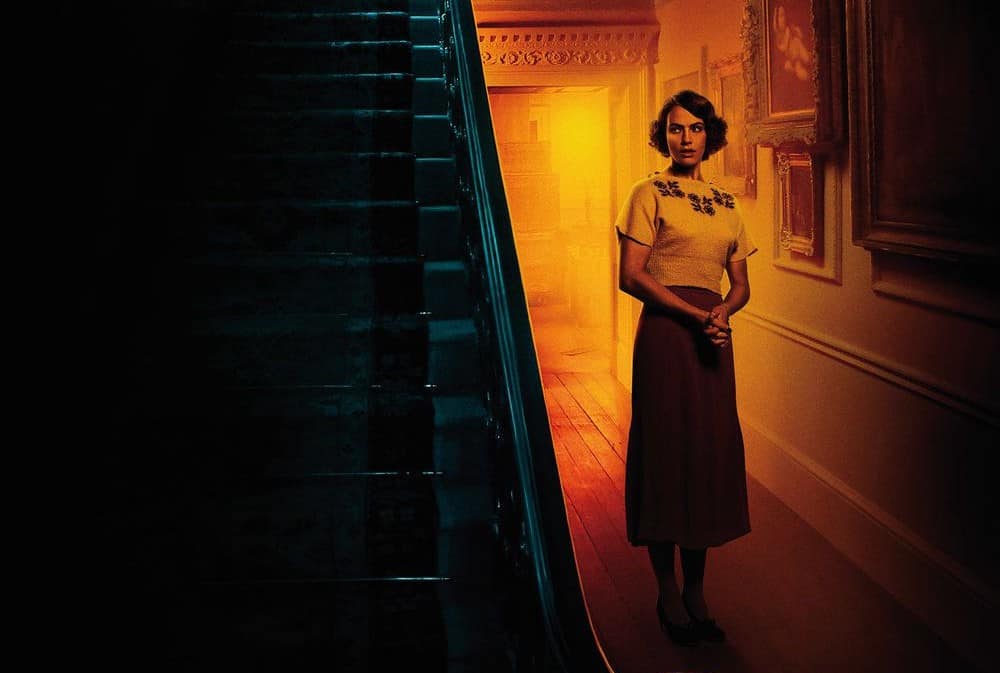 The Banishing, set in the 1930’s, begins with a vicar hearing strange voices and then apparently killing his wife before hanging himself. Hushed up by the doctor and the local priest Father Malachi (John Lynch) things seem normal when the new vicar (John Heffernan) his wife Marianne (Jessica Brown Findlay) and their young daughter move into the same house. However it’s not long before the family start hearing strange noises and seeing strange visions.

With each horrific vision bringing each of them closer to madness, family secrets start to emerge revealing that Marianne and her husband’s marriage might not be all that it seems.

Adding to their troubles is Harry Price, an eccentric local, who tries to convince them that the house is possessed and that the former vicar hasn’t immigrated and that Father Malachi knows more about his disappearance and the secrets of the house than he’s letting on.

The Banishing doesn’t really have much in the way of thrills to make it stand out from numerous other scary house films that have come before it. Its story is a bit of a slow burner with the tension being built up for the first hour before the ultimate reveal at the end. The ending itself leaving more questions than it gives answers.

Enjoyable, Jessica Brown Findlay is particularly good, but ultimately nothing that fans of horror won’t have seen before.