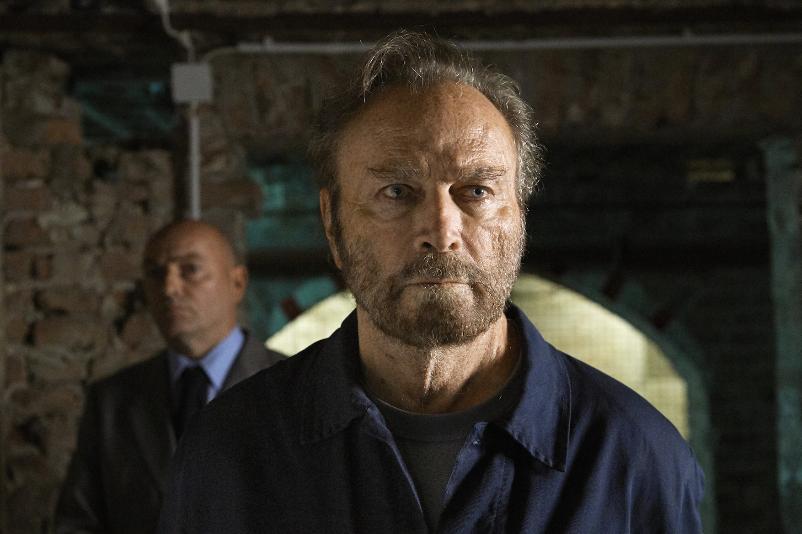 Based on the international best-seller by Ferdinand von Schirach, which itself was inspired by one of the biggest legal scandals in German history, The Collini Case is a riveting and emotional story of how unjust some of Germanys post war laws were in terms of punishing perpetrators ‘responsible for Nazi war crimes.

The Collini case begins with quiet and unassuming 70-year old German-Italian Fabrizio Collini (Franco Nero) walking into a German hotel and murdering respected industrial magnate Hans Meyer (Manfred Zapatka). Bloodied and shocked he calmly walks back to the hotel foyer where he tells staff what he has done.

Arrested on the spot, and refusing to tell the court why he committed such a violent crime Collini is allocated Caspar Leinen (Elyas M’Barek) as his defence lawyer. The trial just happens to be Leinen’s first case.

Despite the fact that the person Collini murdered was like a father to him, and his daughter a childhood sweetheart (Alexandra Maria Lara), Leinen, believing that there’s more to the case than meets the eye, starts to delve deeper into the high-profile case leading him to unravel the secret troubled past of the family he thought he knew so well.

The Collini Case is a wonderful piece of storytelling, helped in no small part by outstanding performances from Franco Nero and Elyas M’Barek, gripping and compelling from the first minute to the last The Collini Case comes highly recommended. Don’t miss.