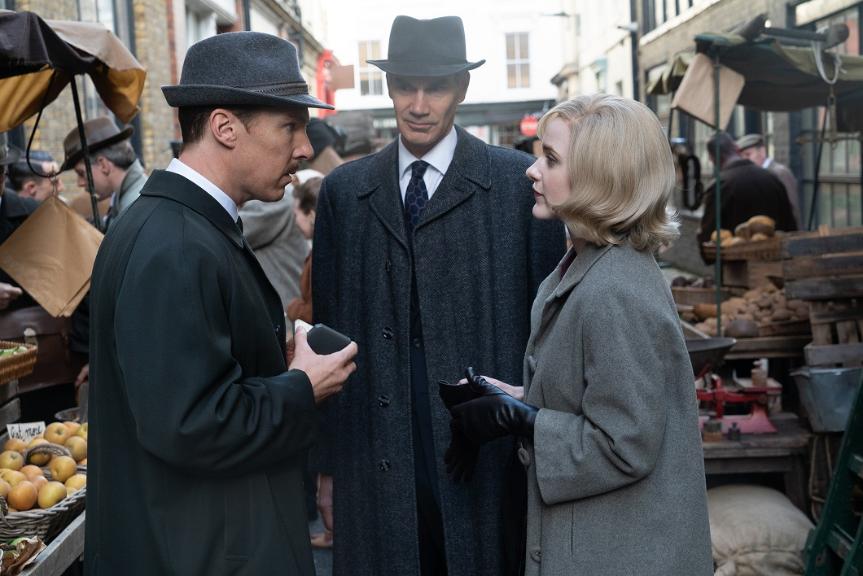 Cumberbatch, in what is a true story, plays Greville Wynne, a British businessman who in the early 60s, was recruited by the CIA and MI6 (Rachel Brosnahan and Angus Wright play the spooks) and tasked with going into Russia under the guise of being on a trade mission, and ferrying back secrets that were supplied to him by Oleg Penkovsky (Merab Ninidze), a top Soviet military official.

The Courier is without doubt Cumberbatch’s movie as he’s easily the best thing in it. Other roles, in particularly that of his wife Sheila, played by Jessie Buckley feel slightly underwritten, Buckley, who is proving herself to be a fine actor, is limited to scenes where all she has to do is fret over her husband’s safety and Rachel Brosnahan and Angus Wright pop up every so often and bicker over using the business man as one of their spies.

The first two thirds of The Courier is a pretty much a paint by numbers spy thriller with the tension only really kicking in in the final third when Wynne finds the Russian authorities closing in on him.

Whilst enjoyable there’s nothing really that exceptional about The Courier other than a terrific performance from Benedict Cumberbatch, his transformation from a healthy businessman into an emaciated prisoner is quite amazing to see and must have required a level of discipline that Daniel Day Lewis would be proud of.

If you like spy thrillers or just like Benedict Cumberbatch then The Courier makes for an entertaining couple of hours viewing.