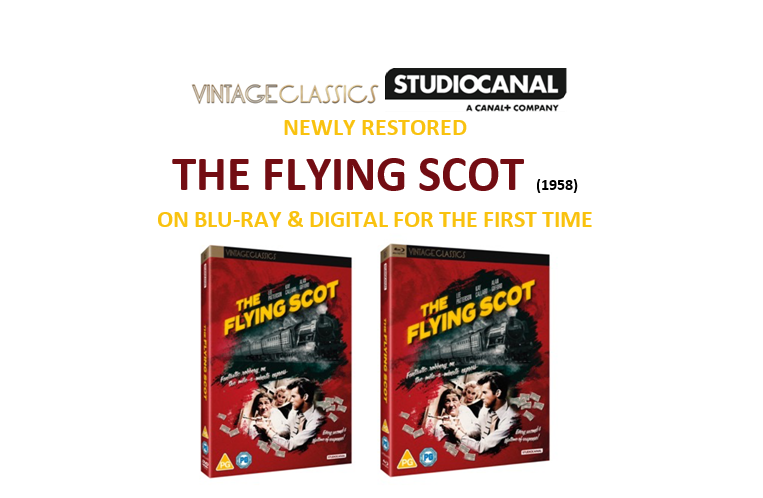 STUDIOCANAL have announced the upcoming release of the newly-restored crime thriller, THE FLYING SCOT. This rarely seen classic will be available to own on Blu-Ray and Digital for the very first time from August 8. A DVD version will be released on the same day. This compact, claustrophobic British B-movie gem directed by Compton Bennett (The Seventh Veil, Man-Eater) and written by Norman Hudis (Carry on Nurse, The Duke Wore Jeans) and Ralph Smart (Always a Bride, Bush Christmas), features three very different career criminals, who join forces for a daring robbery attempt aboard the famous London-Glasgow passenger train The Flying Scotsman. Lee Patterson (Airplane 2, Checkpoint) is the man with the audacious plan and Kay Callard (White Hunter, The Electric Monster) his glamorous accomplice in this taut heist thriller with echoes of film noir, which also stars Alan Gifford (2001: A Space Odyssey, The Iron Petticoat) and Margaret Withers (Sin of Esther Waters, If Theis be Sin). Featuring brand-new bonus material and looking better than ever, the FLYING SCOT is a welcome addition to the ever-expanding Vintage Classics collection. Fantastic Robbery on the Mile-a-Minute Express! Dissatisfied with the small profits gained by his petty crimes, Ronnie Cowan (Patterson) attempts to pull off the most sensational train robbery of all time. After learning that the Bank of Scotland periodically sends half a million pounds in notes from Glasgow to London for destruction aboard The Flying Scotsman, he assembles a trusted transatlantic team and a seemingly fool proof scheme is put into action.

- NEW Interview with Steve Chibnall, Professor of British Cinema - The Flying Scot and the history of the British B-movie 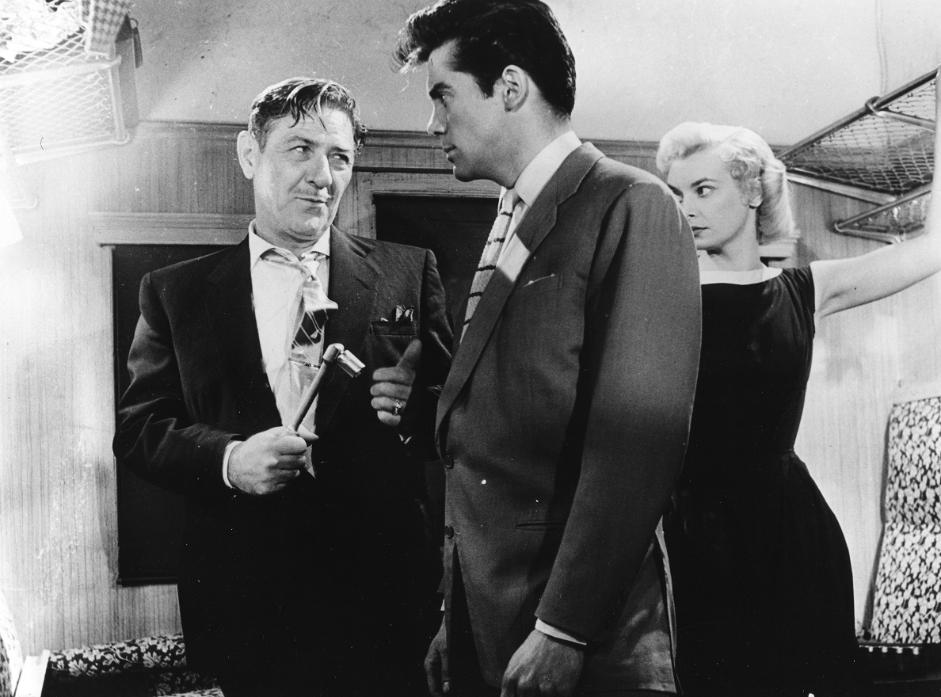