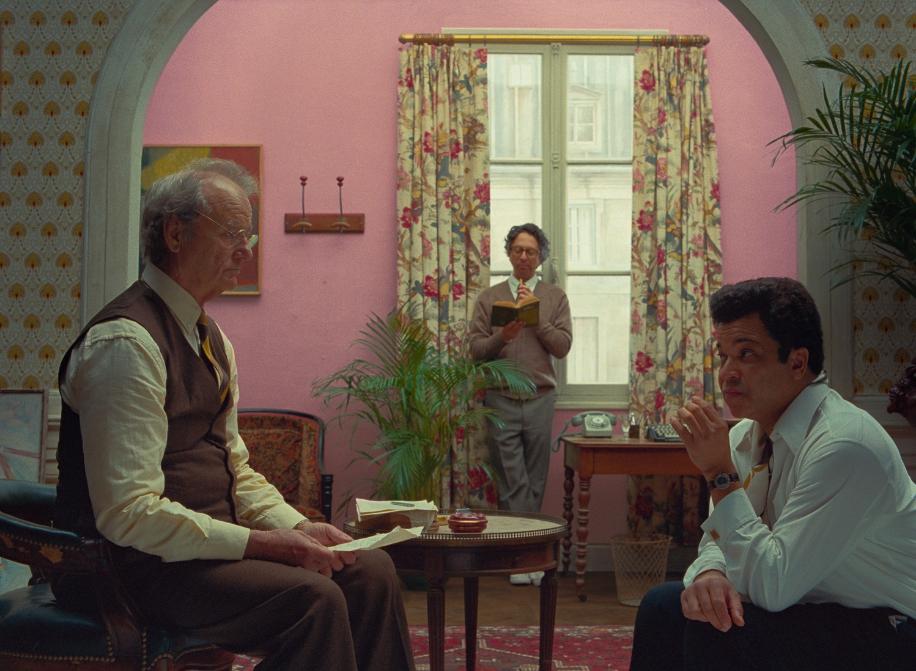 Set in the offices of fictional Kansas Evening Sun newspaper called The French Dispatch the film is made up of three stories, supposedly taken from said newspaper. The first, and probably the best of the trio, or at least the one that makes the most sense, sees Tilda Swinton’s character narrating a tale about a criminally insane convicted murderer (Benicio del Toro), who, whilst in prison, becomes a world renowned artist.

The second tells a tale of student protests, Frances Mc Dormand and Timothee Chalamet turn up in this middle section whilst the final act involves Jeffrey Hunter in a tale about food reviews and bank heists.