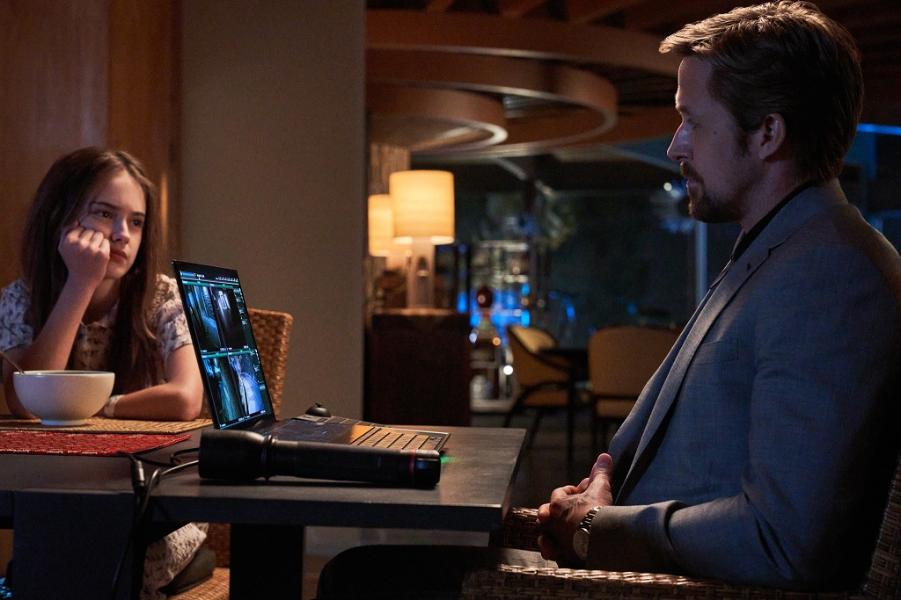 The Gray Man harks back to the type of big-budget action films of the 90s, it has more in common with the likes of Con Air and The Rock, both films produced by Jerry Bruckheimer and his partner Don Simpson, than the current trend for anything involving superheroes. Which is a surprise considering that The Gray Man’s co-directors, Anthony and Joe Russo were responsible for some of the biggest films to come out of Marvel Studios (Avengers: Endgame and Avengers: Infinity War to name but two).

The plot, of which there isn’t particularly much, involves an ex-con called Court Gentry (La La Land’s Ryan Gosling) being released from prison after he’s recruited as a CIA assassin by agent Donald Fitzroy (Billy Bob Thornton). Given the code-name Sierra Six, or the Gray Man due to his ability to hide in plain sight, Gentry becomes the go to person for any murky deeds needing done by the agency.

After Gentry discovers that his own bosses are hiding some dark secrets a large bounty is put on his head and agent Lloyd Hanson (Chris Evans giving a terrific turn as he hams it up in a rare bad guy role) sends out a team of international assassins to track down and kill him.

After that brief intro The Gray Man becomes a simple chase film, and a hugely enjoyable one at that, as Gentry and fellow CIA agent Dani Miranda (Ana de Armas) are pursued across various continents by Hanson and his henchmen.

Moving from one grand action set piece to the next, scenes involving a fight in a transport plane and the destruction of a half a city block as Gentry fights some villains on a tram are stunning, The Gray Man is one of the films of the summer and comes highly recommended.