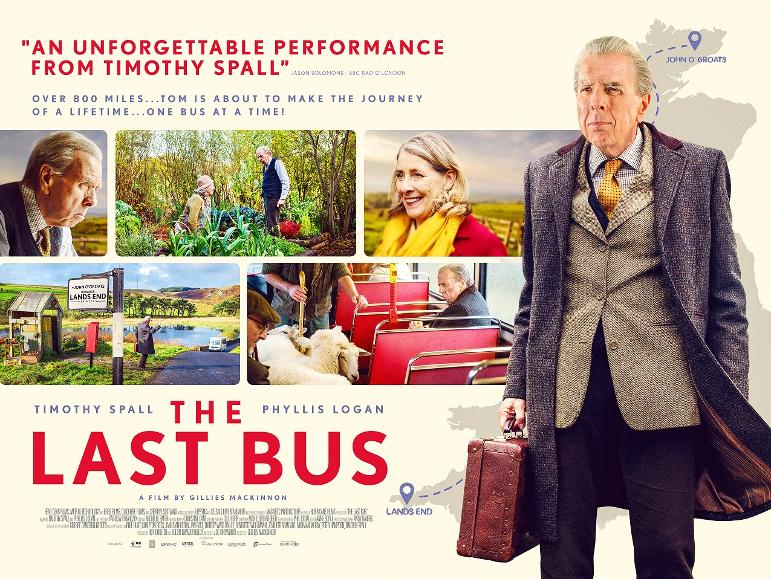 If the idea of watching an elderly gentlemen traverse the back roads between Lands’ End And John O’ Groats, in buses that are just about as old as he is, doesn’t inspire you with enthusiasm you’re probably well justified in your opinion as The last Bus is just about as dreary as, well, a bus journey from Lands’ End to John O Groats.

Timothy Spall plays Tom an elderly man who, just after they were married and due to a family tragedy, left Lands’ End with his wife and moved to John O’Groats. No offence to the inhabitants of John O’Groats but why would you?

After her death Tom meticulously plans a bus trip on the same roads that the couple took way back in the 50s. His plan includes staying in the same rooms, memory loss is not something this pensioner suffers from, of guest houses where you wouldn’t send the homeless.

As old Tom traverses the back roads of the UK he has a number of adventures, including teaching a racist manners on a bus, mending a broken down bus and comforting a young girl on a bus.

As his journey progress, via social media, old Tom’ journey starts to become a nationwide story with people encouraging him on his journey.

Needless to say director Gilles MacKinnon’s story isn’t all sunshine as Tom as a number of dark secrets that he keeps from people that he meets, I’ll not spoil it but you don’t really need to be a detective to work out Tom’s reason for his journey.

The Last Bus, bar a wonderful performance from Spall, is a hard movie to recommend. It motors along at a pace that befits our elderly protagonist and in a time where the audience for this type of movie are avoiding cinemas it’s hard to really see where an audience is going to come from. Saying that maybe the local buses will be filled with pensioners making their way to the local cinema, you never know, but I severely doubt it.