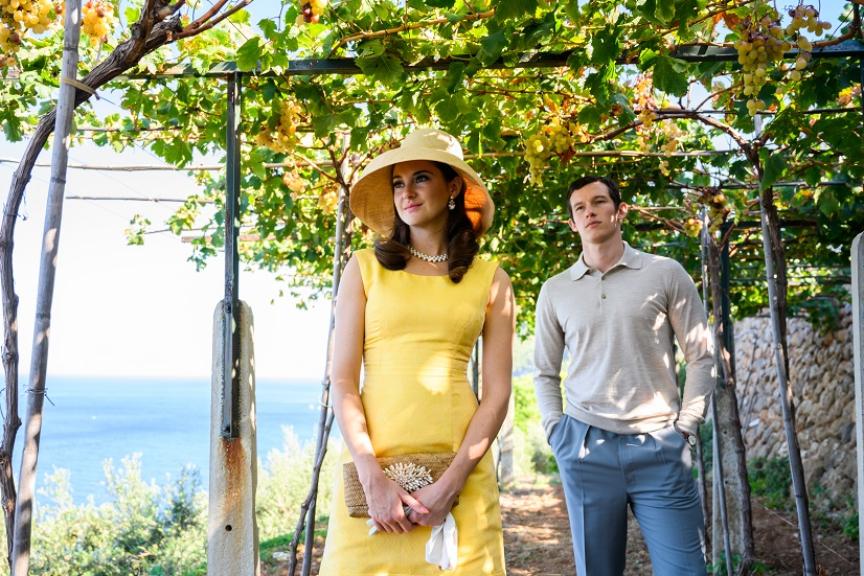 Adapted from Jojo Moyes’s best-selling novel of the same name “The Last Letter From Your Lover” is the type of escapist fiction novels, predominantly targeted at women, that Mills & Boon have churned out in there millions.

Set both in the 60’s and present day “The Last Letter From Your Lover” tells the story of both Jennifer Stirling (Shailene Woodley) and Ellie Haworth (Felicity Jones).

Haworth is a reporter for a London paper (the modern part of the story) who, along with archivist Rory (Nabhaan Rizwan) who she might or might not have a crush on, is researching an obituary for a dead colleague when she finds a series of letters written in the 60s between Jennifer Stirling and Anthony O’Hare (Callum Turner).

In the letters the pair write about their undying love for each other and how, together, they want to head to New York. Now with the story jumping back to the 60s we find that Stirling is married to her not very nice husband Laurence (Joe Alwyn) and is suffering amnesia and can’t remember anything about poor old Anthony.

As the story bounces back and forth in time, and as Haworth uncovers more letters, we get to know more and more about the love affair.

The Last letters From Your Lover is pulp romantic fiction its best, in amongst all the characters there is really very little story, a simple tale drawn out to fill a novel. The whole experience isn’t really helped by the lack of charisma between our star cross lovers O’Hare & Stirling, in fairness neither Woodley nor Turner are the most charismatic of actors, Turner in particular struggles to come across as someone Stirling would leave her husband for. On the other hand her husband is so obnoxious I would imagine that she would have left him for the first person who tipped his hat to her.

If you’re a fan of romantic novels then “the last Letter From Your Lover” will be right up your street, if not, I would give it a miss.