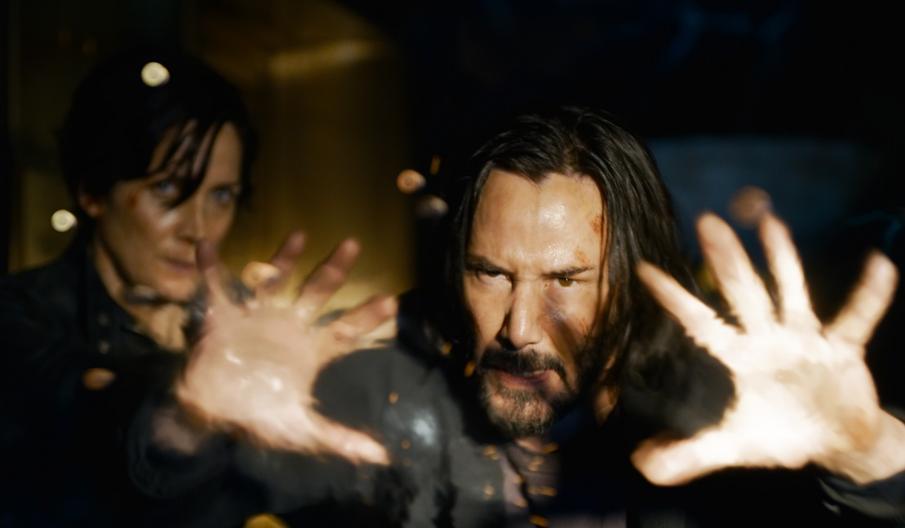 The Matrix (1999) was a ground breaking film in its time, the two sequels Reloaded and Revolutions (both 2003) were a bit hit and miss with both not nearly as fondly remembered by fans as the original. The big question, other than trying to drain every last amount of cash from a film franchise whose audience will now be more than middle aged and very unlikely to venture out to the cinema in the current Covid pandemic, is why bring it back? The answer I’m afraid escapes me because after watching this pale imitation of what’s came before The Matrix Resurrections adds nothing to the legacy of The Matrix.

The Matrix Resurrections relies heavily on the audience having at least a passing knowledge of the previous Matrix films, walk into the cinema blind and, despite numerous flashbacks ( that will mean nothing if you’ve not seen any of the previous films), you’re going to be pretty to lost in terms of what’s happening on the screen.

It’s no spoiler to say that Keanu Reeves and Carrie-Anne Moss, (despite her apparent death in Revolutions) characters are very much alive. Thomas Anderson (Reeves) is now a games designer of a smash-hit called The Matrix, inside his game one of his characters has a startling resemblance to Tiffany (Carrie-Anne Moss in The Matrix). Carrie-Anne-Moss’s character is now married with kids, likes to ride about on a motorbike and wonders why the character in Anderson’s game looks startlingly like her. As is the case with everything in The Matrix all is not what it seems because our characters are actually back in The Matrix where their memories are being artificially created by the machines.

Feeling more like a rehash then a bona fide sequel director Lana Wachowski story follows pretty much the same path as the original in that a group of “rebels” free from the hold of The Matrix try and convince Anderson that his life isn’t what he thinks and that he has to escape the clutches of The Matrix.

Wachowski introduces new characters and welcomes back old ones, well old characters played by new younger actors, and it’s this that’s The Matrix Resurrections Achilles heel as none have the charisma or on screen chemistry that made the characters’ in The Matrix so memorable.