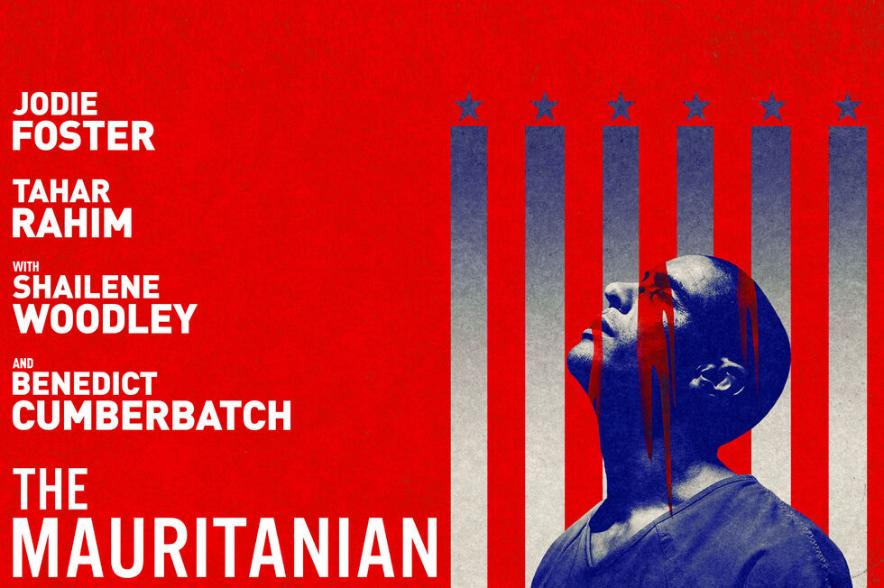 The Mauritanian, directed by Kevin MacDonald (The Last King of Scotland) and based on the New York Times best-selling memoir “Guantanamo Diary” by Mohamedou Ould Slahi, isn’t the first film to document the abuse of prisoners’ rights whilst in the custody of the US Government. The Report (2019), which is very similar in terms of story to The Mauritanian, being the most recent.

The true and harrowing story sees Mohamedou Ould Slahi been taken, in 2002, from his home in Mauritania to the detention camp at Guantanamo Bay. The claims against him, which were flimsy to say the least, were that he was a member of Al Qaeda and that he recruited some of the terrorists that took part in the 9/11 attacks on the World Trade Centre.

After a number of years without charge and with the US Government pushing for the death penalty, their legal team is headed by Lt. Colonel Stuart Couch (Benedict Cumberbatch) who himself isn’t exactly impartial as his best friend was a pilot on one of the aircraft that crashed into the World Trade Centre, Ould Slashi’s (Tahar Rahim) case is taken up by human rights lawyer Nancy Hollander (Jodie Foster) and her associate Teri Duncan (Shailene Woodley). In the battle to save his life and prove that he’s innocent the pair have to gain, not only his trust, but also access to the intelligence documents that the Government have on him.

MacDonald’s film certainly has an illustrious cast, Cumberbatch, Woodley and Foster are a trio fit to grace any film, however without doubt the film belongs to Tahar Rahim as is performance is astonishing and helps to make a story, that could have been extremely dry with all its procedural talk, one that’s moving and riveting to watch from start to finish.

The Mauritanian doesn’t really bring anything new to the table but what it does have is excellent performances from a cast at the top of their game and comes highly recommended.