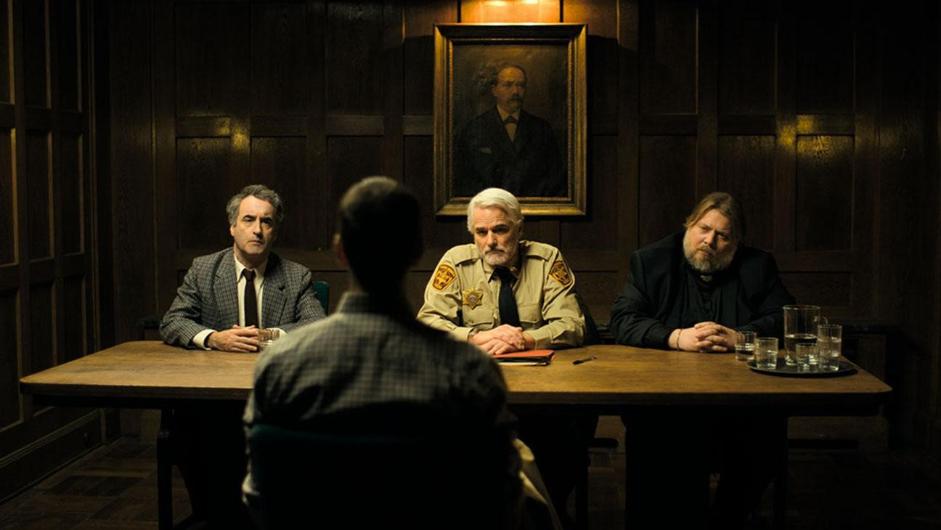 Shown as a Special Presentation at the 2021 Toronto International Film Festival, and winner of the Best Actor Award (for lead actor Pål Sverre Hagen) at the 2022 Amanda Awards in Norway, Norwegian writer/director Bent Hamer’s eccentric comedy drama is set in a small town plagued by accidents and economic woes, where one man has the unenviable job of breaking bad news to its citizens. Featuring a superb performance by Pål Sverre Hagen (Kon-Tiki’s) as the titular character with the thankless job, the supporting cast includes Aksel Hennie (The Trip), Nicolas Bro (Riders of Justice), Rossif Sutherland (Possessor), and Don McKellar (eXistenZ ), with a terrific role for Due South’s Paul Gross, here playing the town sheriff. THE MIDDLE MAN is deliciously funny, very dark and superbly entertaining, with a hint of the Coen brothers’ Fargo, and a unique European/American flavour of its own.

Visually rich, wonderfully dry and filled with beautifully scripted, enigmatic exchanges between the town’s buttoned-up citizens, THE MIDDLE MAN is an offbeat treat, shot through with Hamer’s skewed yet ultimately compassionate view of humanity.

Synopsis: Frank Farrelli takes on the job as a middle man in the God-forsaken town of Karmack, USA, a community in a depression so deep that they need a middle man to professionally communicate more of the bad news.