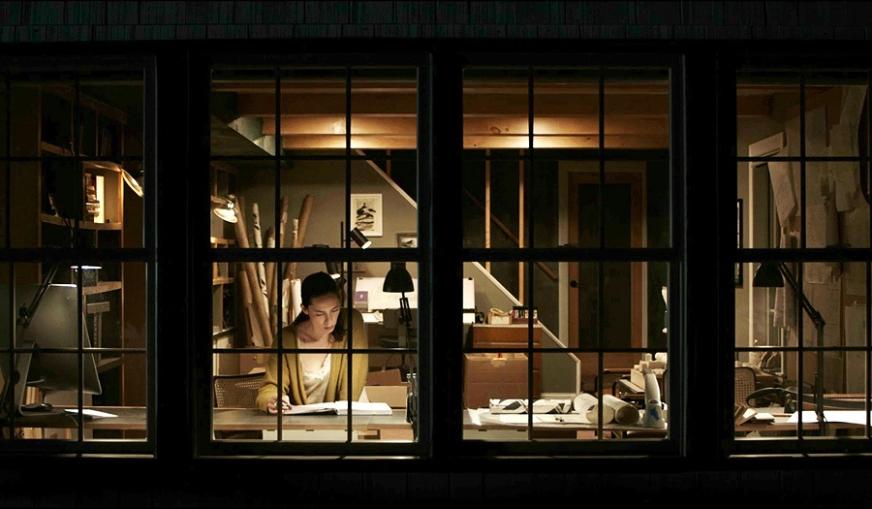 After the suicide of her husband, he shoots himself in the head whilst out on the lake at the front of their lakeside home, Beth (Rebecca Hall) is left alone, in the home that he built for her, with only her thoughts and memories. Trying the best to keep it together she starts to have disturbing visions of a presence in the house.

As she starts to go through her husband’s things she starts to find secrets that he obviously wanted to keep hidden from her, on his mobile phone she finds images of a female that’s not her but bears a striking resemblance to her.

As Beth starts to dig deeper so the ghostly visions become more frequent.

Is The Night House a horror movie or is it a movie about mental illness, to be honest even after seeing it I’m still not sure. Rebecca Hall, who for most of the movie is on screen alone, is terrific but the narrative is all over the place with what appears to be important plot lines leading nowhere. The confusion isn’t helped by an ending that’s as muddled as everything that’s went before it.

As a vehicle for Rebecca Halls acting skills The Night House achieves its aims but as a piece of entertainment it falls woefully short of the mark. One to miss.