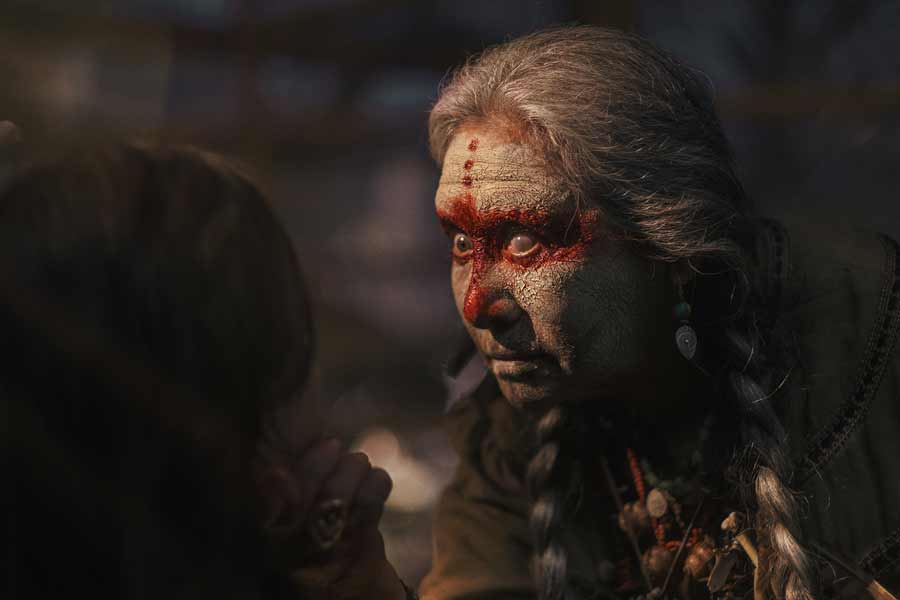 In the same year Christopher Alender directed The Old Ways he also directed a number of episodes of Muppets Now. To say it’s a diversion is to understate the fact as The Old Ways is a genuinely creepy and highly competent foray into the horror genre, not really something you would expect from someone whose last gig was with Kermit and Miss Piggy.

The story is pretty simple, Christina (Brigitte Kali Canales) returns to her Mexican origins in order to investigate stories of local witchcraft and sorcery. After she ventures into a cave she’s abducted by some locals who claim she’s possessed by a strange demon.

Chaining her up in a darkened room the locals, including an elderly woman with her face painted in a way that would give you the impression that she’s just dropped in on the way to an England football match, start to perform an exorcism on her.

Alender’s love of horror films is quite apparent, he’s produced a number including Southbound and The Mortuary Collection, as The Old Ways plays out pretty much like The Exorcist in the jungle.

The Old Ways might not feel that original but with its slow build-up of tension and a number of genuine scares there’s certainly a lot worse horror films out there.