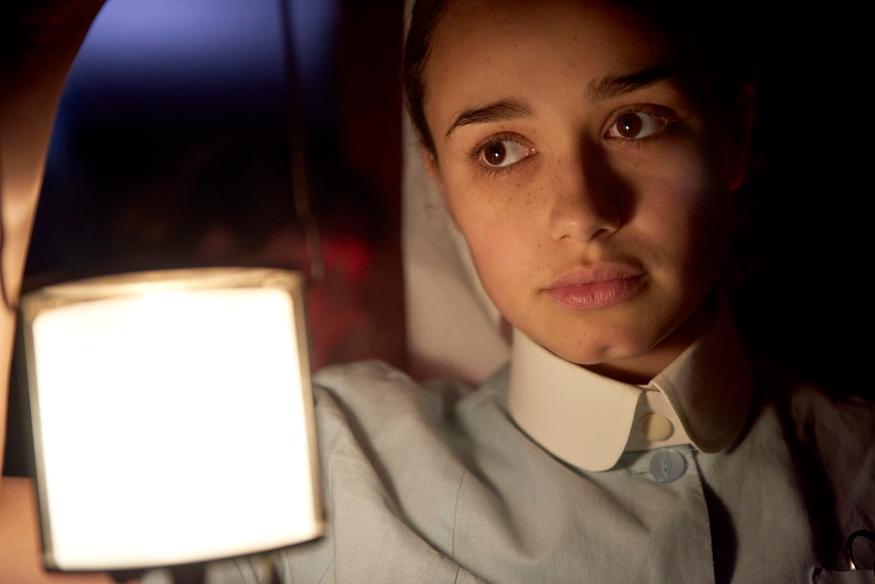 SHUDDER , the premium streaming service for horror, thrillers and the supernatural, is thrilled to announce that BAFTA nominated Corinna Faith’s directorial debut, the electrifying 70s-set British supernatural thriller THE POWER will be released exclusively on SHUDDER from 8 April 2021.

Summoning the spirit of classic ghost stories such as Susan Hill’s The Woman in Black and the intense psychological atmosphere of Dario Argento’s Suspiria, THE POWER arrives to take its place as the next great British independent horror film.

London, 1974. As Britain prepares for electrical blackouts to sweep across the country, trainee nurse Val (British actress Rose Williams) arrives for her first day at the crumbling East London Royal Infirmary. With most of the patients and staff evacuated to another hospital, Val is forced to work the night shift, finding herself in a dark, near empty building. Within these walls lies a deadly secret, forcing Val to face both her own traumatic past and deepest fears in order to confront the malevolent force that’s intent on destroying everything around her.

Featuring a breakthrough central performance from Rose Williams and a pulsing, modern soundtrack by acclaimed electronica artist Gazelle Twin and composer Max de Wardener, THE POWER channels a rich history of British chillers whilst making a new and surprising statement all its own and announces BAFTA nominated Corinna Faith as a major new British filmmaking talent.

Faith commented on the making of the film: “While I was writing the script, I read a good description of what a ghost story classically is; a disturbed spirit has an issue that a protagonist, usually female, needs to understand and solve. Then the spirit can rest in peace.

This description resonated with me. I was already telling the story from a female point of view, and wanted the female experience to inform the horror elements. But I was writing during the explosion of resistance to silence and passivity that came with the Me Too movement. And it felt like the landscape was changing to some extent. The idea that an angry spirit could neatly be put to rest, made quiet at the end of a story, felt plain wrong. This gave me an interesting trajectory.”

The film’s soundtrack by Gazelle Twin and Max de Wardener will be released digitally by Invada Records on 8th April 2021.

“Working on The Power with Corinna and Max didn’t feel much like work. It was a long haul thrill. From our field trip to the derelict wing of Goodmayes Hospital to record squeaky trolleys and smashed pill bottles, to making countless experiments with samples, voice, and electronics, pushing them in every extreme direction we could think of. The results bring me a lot of joy. I hope the collaboration continues.” - Gazelle Twin

“For this score we tried to match Corinna’s terrifying vision of the dark by creating music that was both as ambiguous as it was frightening. Keeping the palette small to increase the feeling of claustrophobia, this ranged from quiet dusty out of focus sounds, to full blown dense vocal textures with pounding synths to evoke our primal fear of the unknown. Gazelle Twin’s brilliantly inventive approach to vocal music became such an important part of the film and it was a treat to work alongside her to make the score come to life.” - Max de Wardener