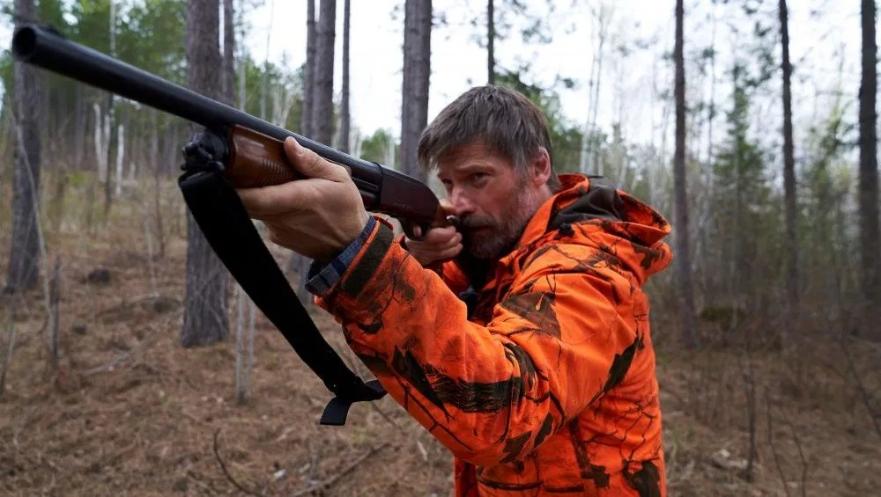 Starring Nikolaj Coster-Waldau (Game of Thrones), THE SILENCING is a gripping thriller set in the barren American wilderness, which sees a tense cat-and-mouse chase between a grieving father and his daughter’s captor. Featuring captivating performances from Nikolaj Coster-Waldau, Annabelle Wallis (Peaky Blinders, The Mummy) and Hero Fiennes Tiffin (After) and edge of your seat suspense, THE SILENCING comes to digital download on 19th October 2020.

Rayburn Swanson (Nikolaj Coster-Waldau) understands loss. His only teenage daughter was kidnapped five years ago and since then, he has slipped into a downward spiral of alcoholism and self-destruction. After his daughter went missing, Rayburn swore off hunting and trapping and decided to help the very animals he used to kill by establishing a self-sufficient wildlife sanctuary that borders the inhospitable Boundary Waters Wildnerness.

Now he spends his days drinking and monitoring the animals’ activity with a series of closed-circuit cameras that surround his secluded property. His life becomes in jeopardy when Rayburn spots something horrifying on one of the security monitors; a killer dressed in a ghillie suit, hunting a girl on Rayburn’s sanctuary who resembles his missing daughter. Determined to save her, Rayburn teams up with local sheriff Alice Gustafson (Annabelle Wallis) and sets off into the wilderness in a race to find her before the killer does.