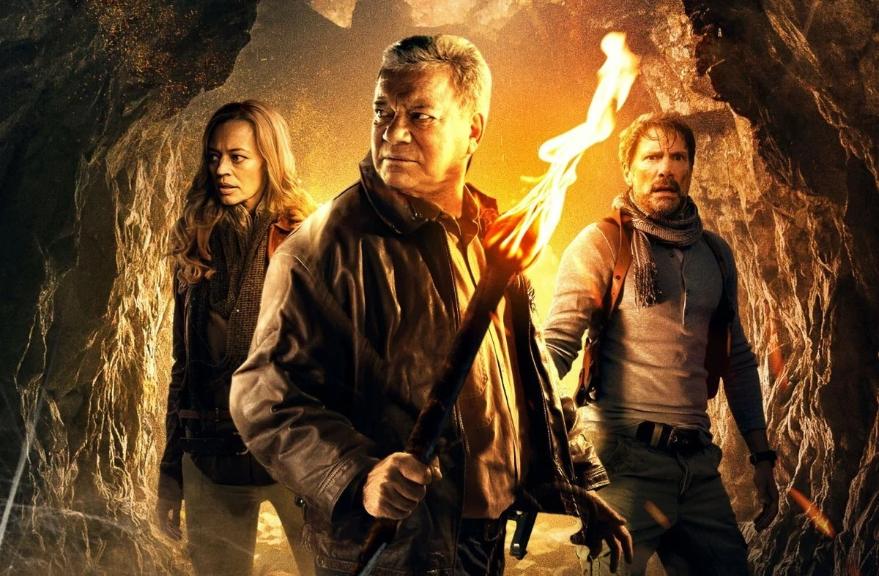 Since lockdown and Coronavirus shut down cinemas I’ve had the opportunity of watching a lot of films that would never ever see the inside of a movie theatre, some have been good and some have been downright awful, but, if I’m being really honest few have been as bad as The Tomb: Devil’s Revenge. Maybe Bruce Willis in Hard Kill, released on the same day as The Tomb, might give it a run for its money, I’ll let you decide.

The story begins with archaeologist John Brock (Jason Brooks) entering a cave with two other intrepid explorers, their task is to find some ancient relic that holds a curse over Brock’s family. Unfortunately, and before he can find the relic, one of his follow adventurers is mysteriously disembowelled by some kind of strange cave dwelling creatures.

Driving home from his misadventure he’s on the phone to his wife (Jeri Ryan) when he starts having visions of the mysterious creatures and then, before you can say Indiana Jones, he has a heart attack and ends up in hospital. Pronounced dead by the doctors he makes a remarkable recovery and, as you do, discharges himself from the hospital.

Back home his father (William Shatner in a performance that’s bizarre even by his past standards) tells him to man up, get back to the cave, find the relic and end the family curse.

So what does he do , keeping in mind that one of the members of his previous expedition didn’t come out of it too well, he loads his wife and two kids into a camper van and they head off in search of the lost relic.

To say The Tomb: Devils Revenge is low budget would be an insult to low budget films, the creature costumes look as if there from an 1960’s episode of Star Trek, maybe Shatner, who produces, managed to get a deal, and the special effects at the end look as if they’ve been produced on a 1980’s computer.

The acting across the board is generally poor, the saving grace for the cast is that their made to look slightly better than they actually are by Shatner who looks and performs as if he’s rehearsing for Macbeth, in fairness we’ll cut him some slack as he’s 89 years old. The director obviously had his age in mind and took care to make sure that he wouldn’t have to do anything to strenuous, it’s just a pity that he couldn’t have gotten a body double that looked even a bit like him or at the very least tried to disguise the fact that it isn’t Shatner clambering over the rocks like a mountain goat.

If you’re a fan of very low budget horror then you might get some kind of kick out of The Tomb: Devil’s Revenge if you’re not a fan then the film’s poster probably describes the film way better than I ever could “Welcome To Hell” is the tag line and I couldn’t have put it better myself.