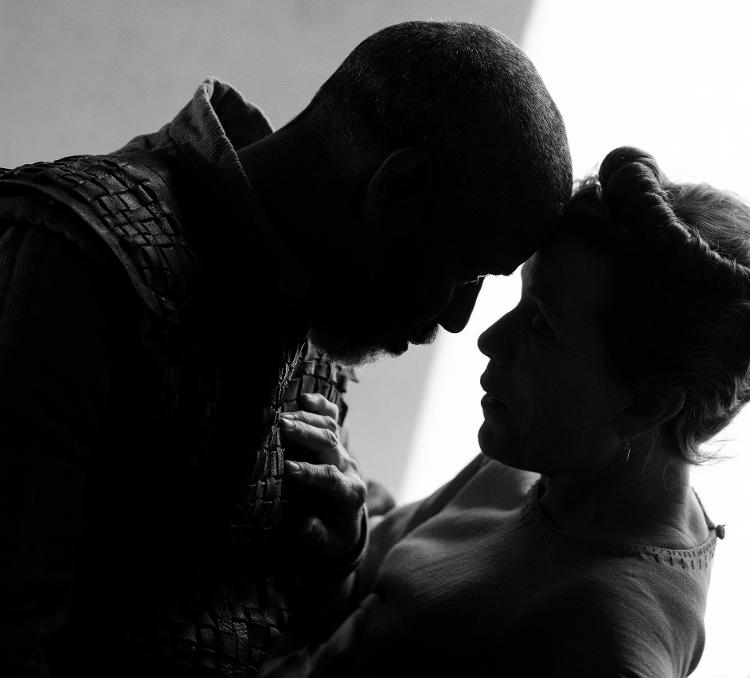 The 65th BFI London Film Festival in partnership with American Express have announced that this year’s Closing Night Gala will be THE TRAGEDY OF MACBETH written and directed by acclaimed filmmaker Joel Coen, and from Apple Original Films and A24. The film will receive its European Premiere on Sunday 17 October at LFF Gala venue the Southbank Centre’s Royal Festival Hall, with Joel Coen expected to attend.

The BFI London Film Festival is also pleased to announce that there will be simultaneous preview screenings of THE TRAGEDY OF MACBETH taking place at LFF partner venues at cinemas across the UK.

Written and directed by Joel Coen and produced by Joel Coen, Frances McDormand and Robert Graf, a bold and fierce adaptation of Shakespeare’s classic, a tale of murder, madness, ambition, and wrathful cunning.

Writer, director and producer of THE TRAGEDY OF MACBETH, Joel Coen, said : “Shakespeare belongs to the world but comes from Britain. Having borrowed your cultural patrimony, and having had the great good luck to work with a few of your most brilliant actors, I’m honoured to bring this movie to the London Film Festival for its European premiere.”

Tricia Tuttle, BFI London Film Festival Director said: “We fell in love with Joel Coen’s adaptation of Shakespeare’s Scottish Play. Poised in a magical space between theatre and cinema, this is a stunning production. Bruno Delbonnel’s silvery monochrome photography captures the moody almost expressionist sets from designer Stefan Dechant and Carter Burwell has written a spell-casting score. And while the ensemble cast - including many UK talents - is thoroughly excellent, Frances McDormand and Denzel Washington mesmerise as the couple whose political ambition proved their fatal downfall. So many of us missed the big screen experience last year, and this a perfect celebration of this art form that’s built on ancient traditions of storytelling but with truly magical powers to convey intimacy and awesome scale and spectacle. It’s such a privilege to be Closing the LFF with a film of this extraordinary calibre and welcoming Joel Coen and his collaborators to the Festival.”