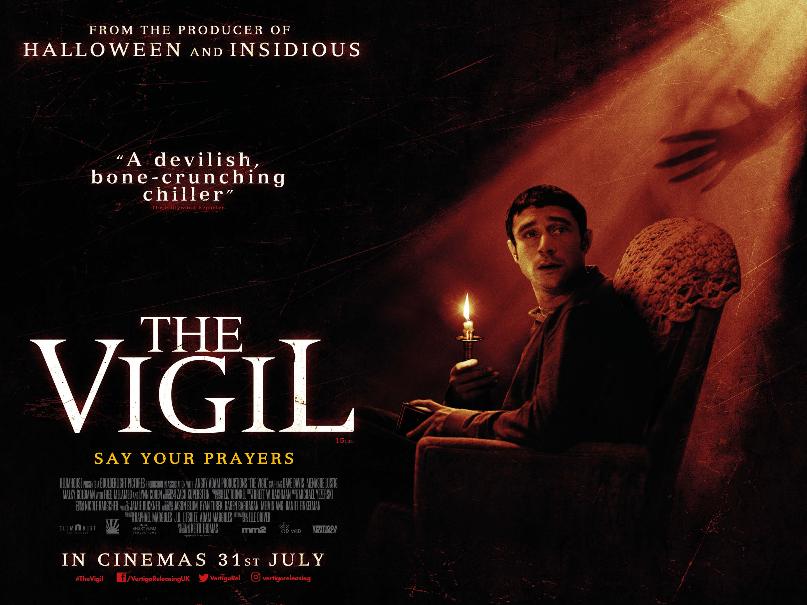 For thousands of years, religious Jews have practiced the ritual of “The Vigil”

When a member of the community dies the body is watched round-the-clock in shifts by a Shomer or watchman who recites the Psalms to comfort the deceased soul and protect it from unseen evil.

The watchman is typically a family member or friend, but there are paid Shomers hired to sit the vigil when no one else can.

And after that brief introduction at the beginning of the film so begins the Vigil.

Yakov Ronen (Dave Davis) is a young man not without his own demons, prone to seeing visions and having suffered mental health in the past he’s just the man you would want to stand over your corpse and act as a Shomer. But that’s what happens. Asked by a member of his synagogue to perform the vigil on a holocaust survivor after the last one fled the house in fear, Ronen takes on the task for $400.

Once he gets to the house, where the elderly widow (Lynn Cohen) warns him of the terror that lies in wait, Ronen sets about his task, a task that he would appear to be not very good at as he spends more time on his mobile phone.

Not long into his vigil strange occurrences start to happen, pipes and ceilings knock and a shadowy figures is seen in the dark corner of the room, is it his mental health , bad plumbing or is there something more evil afoot in the house. I won’t spoil it but I’m sure you can guess.

From Blumhouse the studio that produced fine horror films such as Ma and Get Out, The Vigil has to go down as a major disappointment. The story is achingly slow for the first hour and the big reveal in the final third is a major disappointment. Dave Davis, who carries most of the film on his own, is good however he’s hampered by a script that’s confusing and a film that’s not really that scary.