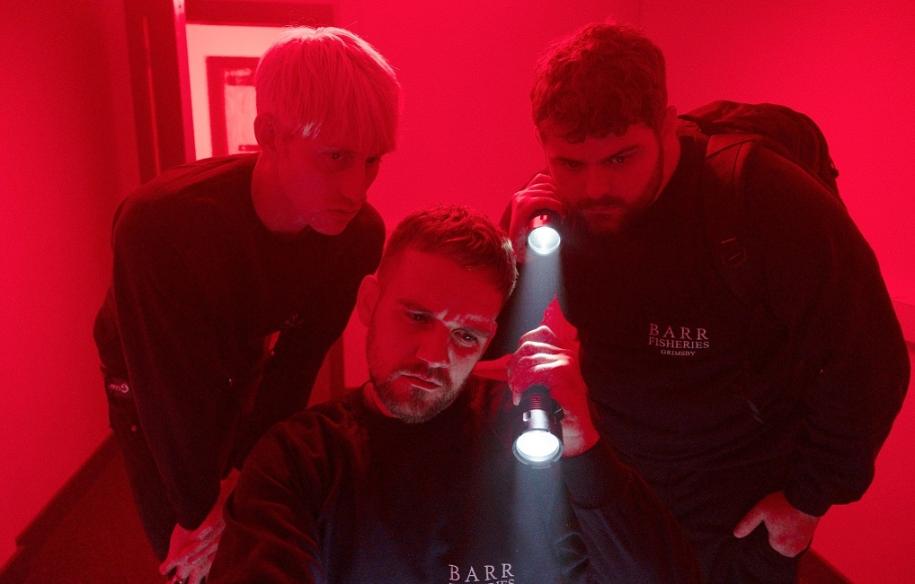 1997s The Full Monty told the tale of Sheffield steelworkers who had been made redundant taking to male stripping to make ends meet. Now in 2022 we have Three Day Millionaire a story about Grimsby fishermen ,who having been made redundant ,come up with a plan to steal a wad of cash from their ex-boss (Colm Meaney).

Director Jack Spring and his screenwriters have obviously watched a lot of Guy Ritchie films as there’s more than a passing resemblance to the likes of Snatch and Lock, Stock and Two Smoking Barrels as he uses his main character, Curly Dean’s (James Burrows, Coronation Street) to narrate the story complete with flashy graphics for us as he introduces us to Curly and his pals Budgie (Sam Glen) Codge (Michael Kinsey) and Mr G (Jonas Armstrong).

Three Day Millionaire’s we are told are the Grimsby fisherman who after getting paid go on a weekend bender where they spend all their wages as if they were millionaires.

It’s on one of these weekend parties where Curly and his mates find out that their boss (Meaney) has struck up a deal with the local council to sell off the fishing fleet and the land the company owns.

Finding out that there’s hundreds of thousands of pounds in the company safe the now unemployed fishermen hatch a poor man’s Ocean’s 11 type plot to relieve the safe of its contents.

Three Day Millionaire concentrates more on its characters, who for the most part are stereotypes of people you’ve seen in various films with English wide boys in them. The actual heist, which appears to be the whole purpose of the film, seems to take an eternity to come and it’s over in less time than Meaney’s on screen, which isn’t very long.