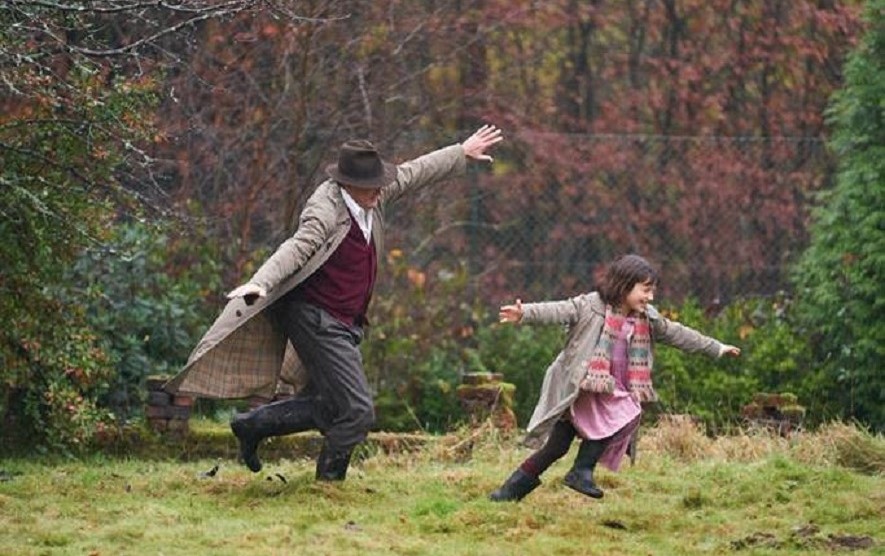 In 1953 Patricia Neal, one of Hollywood’s top film stars, married British author Roald Dahl, later famous for children’s books such as Charlie And The Chocolate Factory and Matilda. The couple eventually had five children Chantal Sophia (born 1957), mother of former model Sophie Dahl, Theo Mathew (1960), Ophelia Magdalena (1964), Lucy Neal (1965) and the child that gives her name to the title of the film, Olivia Twenty (1955).

In 1962 the family, who were by this time staying at Gipsy House in Great Missenden, England, were struck by tragedy when 7 year old Olivia tragically died of measles encephalitis and it’s this period in the family’s life that To Olivia, the title comes from dedications in his books to his children, is set.

Covering mostly the aftermath of the child’s death and how it impacts on the relationship between Dahl (Hugh Bonneville) and Neal (Keeley Hawes), To Olivia doesn’t pull any punches when it comes to trying to tug at the viewers’ heartstrings and a strong box of tissues is recommended.

Bonneville in particular is good as both an author low on confidence and a father who cannot come to terms with the death of his favourite child. Hawes is for the most part burdened with a role that only requires her to grieve quietly in the background and on occasions point out how selfish Dahl is being, she only really begins to shine in the second half when she starts to think about kick-starting her Hollywood career, Sam Heughan turns up in a small part playing Paul Newman.

Set mostly in the confines of the family home To Olivia does feel at times like an adaptation of a stage play however that’s not to knock it as To Olivia is an enjoyable, if somewhat orchestrated tear jerker, that’s highly recommended.