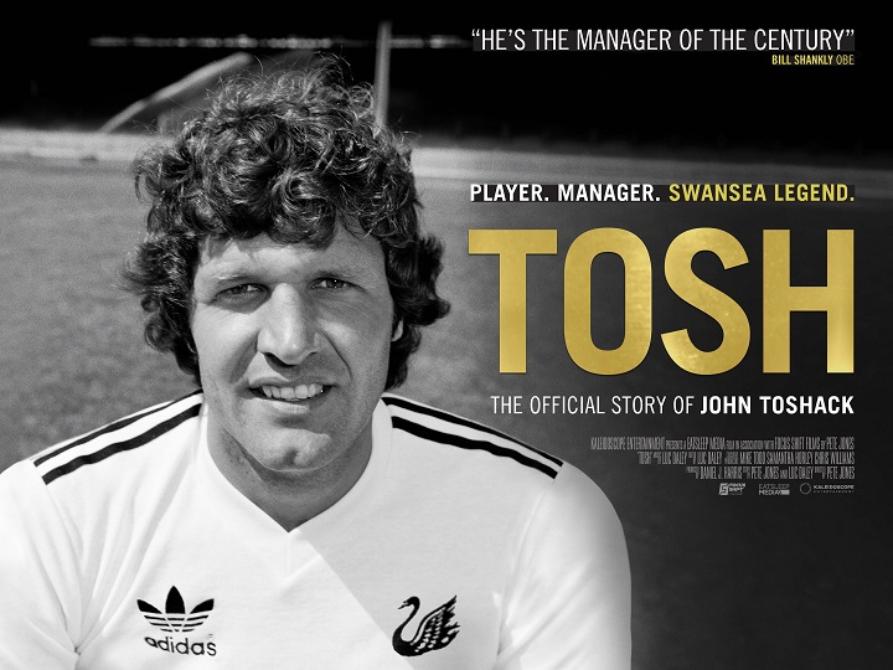 Relive the story of John Toshack who, after leaving European champions Liverpool in 1978, took on struggling Swansea City and guided them on a miraculous journey from fourth, to first division, in just four years. Discover how this passionate player and manager galvanised a side, and a city, ultimately leading him to a hugely successful managerial career across Europe and latterly with the Welsh national team.

Tosh
1h 15m
Documentary
Director: Pete Jones
UK Release: TOSH will have its UK Premiere on 13th May at Swansea Stadium, in UK Cinemas from 17th May and then available on Digital Download, DVD & Blu-ray from 6th June.