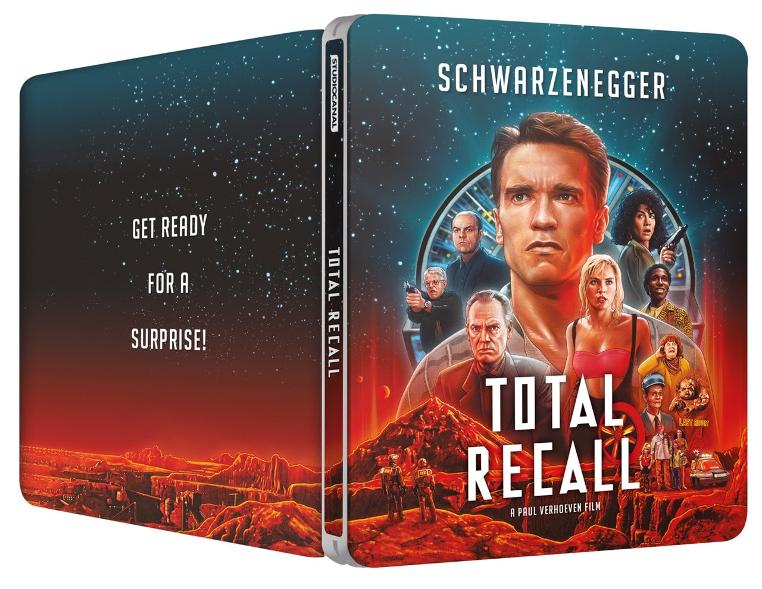 Director Paul Verhoeven says of the restoration: “I just saw the 4K presentation of my movie and it’s absolutely wonderful what STUDIOCANAL and the restoration team have done. There is so much detail you could say it is three-dimensional. Bravo! I hope many people go and see the movie.”

A brand-new poster and trailer have been created to promote the release. The Steelbook artwork was designed by British illustrator and movie poster artist, Kyle Lambert. Previously, Lambert has designed the iconic key art for STRANGER THINGS and is renowned in the industry for his distinctive and retro style.

Adapted from Philip K. Dick’s short novel, We Can Remember It For You Wholesale, TOTAL RECALL is a truly visionary film ahead of its time. Featuring a career best performance from the legendary Arnold Schwarzenegger, the film was restored in 4K from a scan of the original 35mm negative and was made at Technicolor LA in tiff 16 bits format.

Colour-grading was supervised by Jérome Bigleur at Hiventy. The restoration crew paid particularly high attention to preserve special effect continuity. TOTAL RECALL was one of the earliest films to use computer-generated images for special effects, winning the Special Achievement Award for Visual Effects, Academy Awards® 1991, which have impressively stood the test of time.

The original soundtrack, composed by Jerry Goldsmith, also greatly benefited from digital restoration. This exceptional restoration in its Dolby HDR version will make it possible for all generations to enjoy TOTAL RECALL both in cinemas with the 4K cinema version, and on Home Entertainment with the new UHD Blu-ray edition.

Extra bonus content in the 4K Ultra HD Collector’s Edition, Blu-ray, DVD and Steelbook includes an exclusive documentary feature, TOTAL EXCESS: HOW CAROLCO CHANGED HOLLYWOOD, as well as featurettes on the soundtrack and the development of the film. 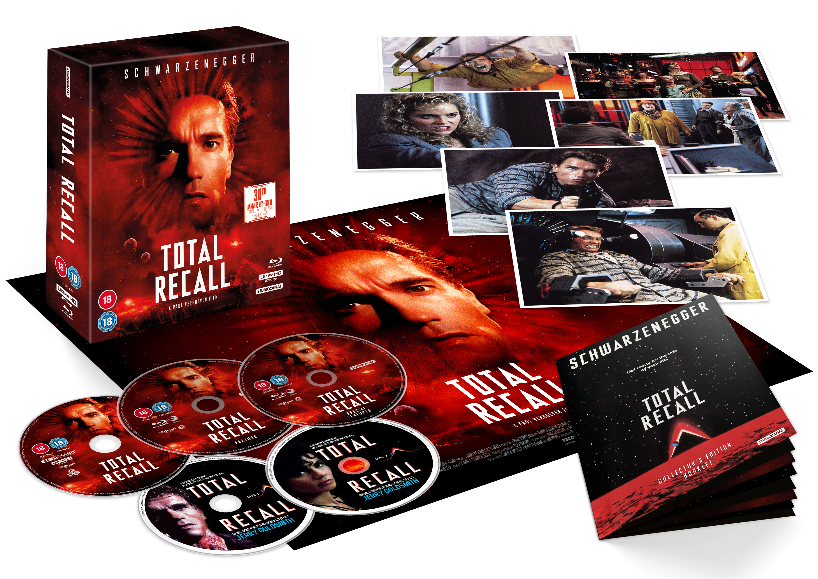