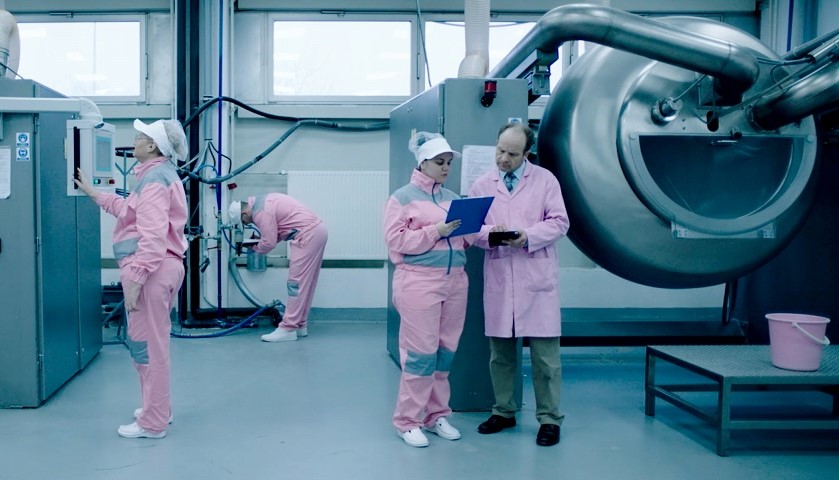 Spanish-born and UK-based writer and director Chino Moya dystopian tale is set in the future in what looks like an Eastern Europe country that’s been levelled to the ground. Civilisation has collapsed and the poor search out the dead bodies for the sole purpose of harvesting their teeth.

Moyas film is made up of a trilogy of tales that are connected by two characters called simply K and Z (Geza Rohrig, Johann Myers). The first part of the trilogy involves a couple (Kate Dickie and Michael Gould) who live in a newly built block of flats where their under the impression that they are the only residents. That belief is destroyed when they're visited by a stranger (Ned Dennehy) who tells them that he’s been locked out of the flat above theirs. Offering him a bed for the night is not one of their better ideas.

The second tale involves an elderly business man his daughter and the theft of some blue prints for a device that will earn him a fortune. The third, which is linked to the second but strangely not the first, sees the return of a husband to his wife (Kate Dickie) who has now remarried. This is probably the most satisfying and interesting of the trio of tales.

Beautiful to look at but patchy in terms of its narrative Undergods will have you talking about it long after it's finished.