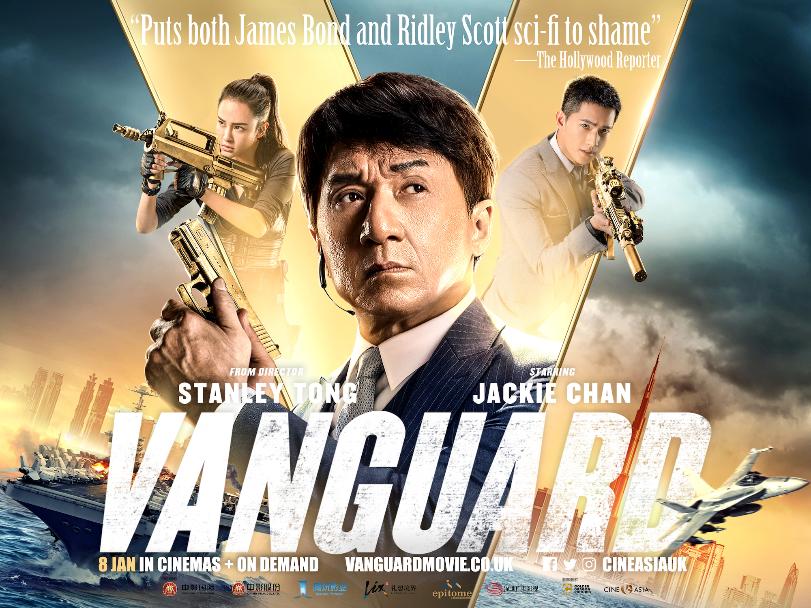 Hong Kong director Stanley Tong has a long association with Jackie Chan, the pair first teaming up way back in the early 90s. Needless to say both are a bit longer in the tooth now with Jackie Chan, famous for his martial arts action films, now in his 66th year. Time fortunately has been kind to Chan as in Vanguard, he’s still nimble enough to remind us how he was in his peak, although he does tend to leave most of the fighting to the younger members of the cast.

The plot of Vanguard isn’t really anything new and the globetrotting nature of the story and some of its stunts bear a not to dissimilar resemblance to a certain franchise fronted by a certain Tom Cruise.

Chan plays Tang Huating the boss of a security agency called “Vanguard”. When one of his client’s daughters is kidnapped Tang and his elite team are sent to rescue her. The chase takes them to places such as London, Africa, India and Dubai.

The story does tend to slow down between the action, but the action scenes when they come are pretty spectacular, we’ll forgive some ropy CGI, and help to hold your interest. Africa sees a fight in boats that are heading down a raging river whilst Dubai sees a car chase that wouldn’t be out of place in The Fast and The Furious films.

Vanguard is an enjoyable piece of escapist nonsense, Mission Impossible meets The Fast & The Furious is probably the best way to describe it. If you don’t mind the Chinese subtitles then Vanguard is a lot of fun and well worth a watch.