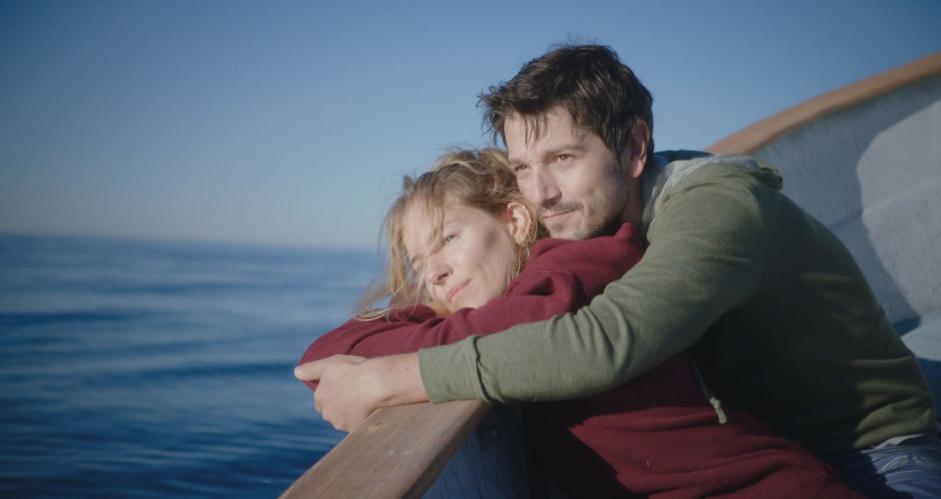 Adrienne (Sienna Miller) and Matteo (Diego Luna) are a couple whose relationship isn’t in a great place. Riddled with insecurities and mistrust the bickering pair are driving home from a party and having a conversation about breaking up when they’re hit by another vehicle.

When she comes to her senses Adrienne finds herself in a hospital where she has an out of body experience. Seeing herself lying unconscious on a hospital trolley she realises that she’s dead. Wandering around, hence the title, she visits various family members, mostly her mother, where she sees visions of her past and future. One of her trips takes her to her own funeral where her husband, Matteo, is unable to give his eulogy due to uncontrolled grief.

Then just when things start to make a bit of sense writer/director Tara Miele flips everything on its head. Matteo out of the blue starts to see is “dead wife” who apparently isn’t dead but is only struggling to come to terms with the accident.

Wander Darkly feels in the beginning a bit like Ghost (1990), a dead love, an inconsolable partner, it’s pretty much the same story minus the pottery lessons. Then when it starts to make a bit of sense Miele try’s to introduce a twist, or one of numerous twists during the story. Unfortunately none of them really work and just help to make Wander Darkly a confusing and difficult watch.