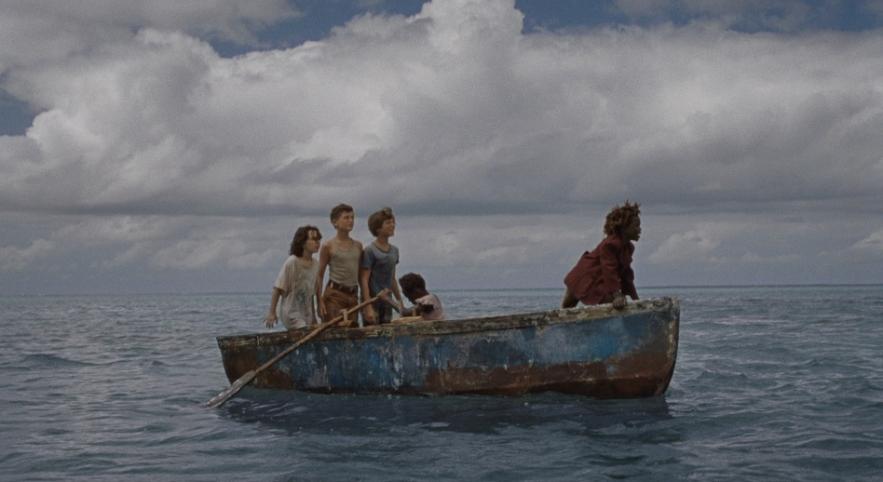 Announced in 2015 as Benh Zeitlin’s next project after the box office and critical success of his debut feature, the 4 time Academy Awards nominated Beasts Of The Southern Wild (2012), it’s taken the best part of 6 years for Zeiitlin’s vision of Peter Pan to finally hit cinema screens.

Time unfortunately hasn’t been kind to Zeitlin, with only one feature movie since 2012, the little heard of Mediterranean in 2015 and an even less heard of documentary, Brimstone & Glory in 2017 the director once dubbed the next Spielberg must have felt, in January after Wendy received less than a glowing reception at Sundance, ironically a place where Bests Of The Southern Wild had done so well, that his fifteen minutes of fame was over.

Labours of love for directors, as Wendy so obviously is for Zeitlin, don’t always work out well in terms of how the director’s vision translates onto the big screen and so it proves with Wendy. Slow paced and at times poorly acted, Zeitlin uses, as he did on Beasts of The Southern Wild, performers who have never acted before, a choice that has very mixed results in terms of performances, Wendy is a movie that, whilst beautiful to look at, is never that entertaining.

The story sees a young Wendy Darling, played by Tommie Milazzo at age three and Devin France at 10, France is easily the best thing in the movie with a performance that belittles her age I’m sure that this won’t be the last we see of her, living above her mother’s greasy spoon restaurant right next to a railway track in Louisiana.

Early in her life she sees one of her friends jump on a train to join a shady figure – this unsurprisingly turns out, as Wendy herself finds out when she jumps on a train as a now 10 year old, to be Peter Pan. Joined by her two twin brothers, James and Douglas (played by twins Gavin and Gage Naquin), the trio are transported to a land where children never grow old, and they can run around screaming, and the kids annoyingly scream often and loud, it’s a bit like having your cinema seat placed next to a kiddies swing park, and doing whatever they like.

The one downside to staying on the island is if you start to lose your youthful beliefs then you start to age, there’s even a place on the island, like a run down Butlin’s holiday camp, where the boring old folk go to stay.

Overall it’s hard to see who Wendy is pitched at in terms of an audience, a scene where a character has his arm cut off might have young kids squirming in their seat.

Wendy, after Zeitlin’s excellent Beasts Of The Southern Wild, might be beautiful, in terms of the cinematography, to look at, but a less than interesting storyline and some questionable acting only contribute to make Wendy frustratingly disappointing.