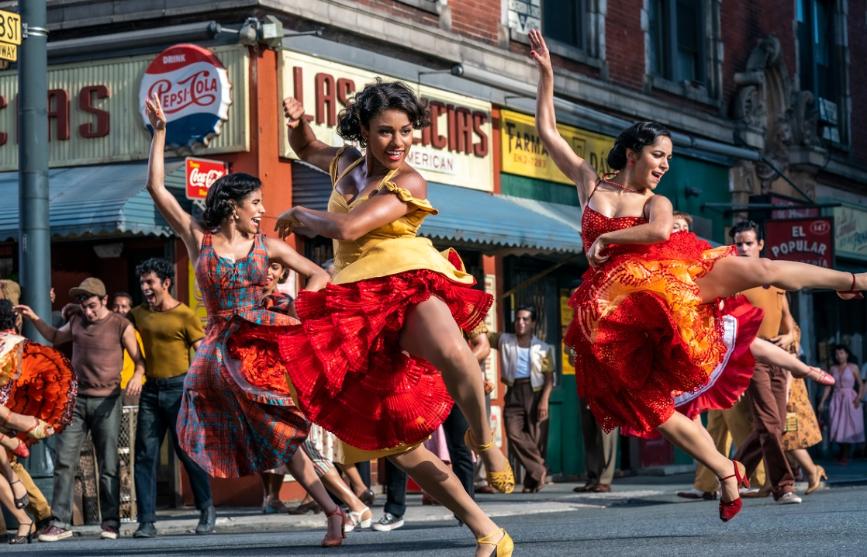 Taking on a project to bring back to the screen a successful musical from 1957 and an even more successful film adaptation (1961) was always going to be fraught with danger as comparisons are always going to be inevitable. Thankfully any worries that this was going to be a big disappointment are well and truly dismissed as Steven Spielberg’s adaption of West Side Story is a triumph from the first minute to the last.

Sticking pretty much to the original narrative of the 1957 musical, with only a few tweets to bring it up to date for a modern audience, Spielberg has stamped his own personality over the story in a way that will, if there’s any justice, bring him the coveted best director Oscar when the awards are handed out in 2022.

The story, which itself is inspired by Willian Shakespeare’s Romeo and Juliet, sees two street gangs The Sharks from Puerto Rico and The Jets, a white gang, fighting for territory and bragging rights in mid 1950s Upper West Side New York. Tony (Ansel Elgort) a former member of the Jets falls in love with Maria (Rachel Zegler), the sister of Bernardo (David Alvarez), the leader of the Sharks.

The musical numbers, as they always have been, are terrific and are wonderfully choreographed by Tony Award winner Justin Peck. Performances are, on the whole terrific, with Rachel Zegler (María) & Ariana DeBose (Anita) being the two standouts, Zegler, this being her first screen role, is particularly impressive. Rita Moreno who was Anita in the original film adds a nice nostalgic connection to 1961 film as she plays Valentina, the owner of a corner store in which Tony works.

As a note of interest and perhaps to clear up why the change in pace of the film about two thirds of the way through feels so jarring as it switches from the most dramatic scene in the film to a one of the happiest songs in the film, I Feel Pretty. The original Broadway show was in two acts with Act 1 ending with the famous rumble and after a break the musical resumed with Act 2 and I Feel Pretty. The 1961 film manged to get round the sudden change in story by itself having an intermission. Spielberg himself doesn’t have the luxury of a break and this is about the only point in the story where the 2021 version to a slight degree fails. But it’s only a small quibble and one that probably won’t be noticed by most people.