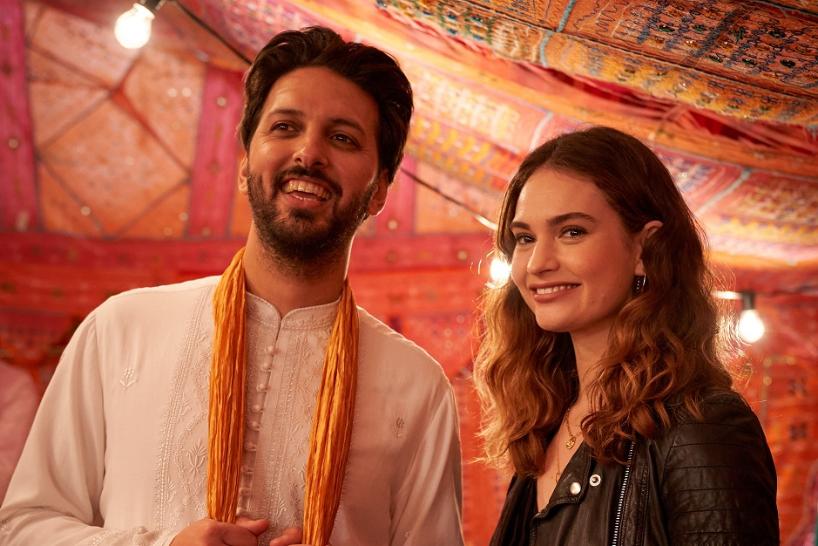 STUDIOCANAL and Working Title Films have released a first look image from cross-cultural British rom-com WHAT’S LOVE GOT TO DO WITH IT?, directed by Shekhar Kapur (ELIZABETH) and written by Jemima Khan.

British-Pakistani record producer, DJ, songwriter, and musician Naughty Boy will bring his production and writing skills to the film, collaborating on new, original, recordings. Rahat Fateh Ali Khan has also recorded two songs for the soundtrack and will appear in the film itself.

The film is produced by Jemima Khan (THE CLINTON AFFAIR, THE CASE AGAINST ADNAN SYED, WE STEAL SECRETS: THE STORY OF WIKILEAKS ) & her Instinct Productions with producer Nicky Kentish Barnes ( ABOUT TIME, ABOUT A BOY) alongside Working Title Films’ Eric Fellner and Tim Bevan.

How do you find lasting love in today’s world? For documentary filmmaker Zoe (Lily James), swiping right to find Mr Right has only delivered bad dates and funny anecdotes, much to her opinionated mother Cath’s (Emma Thompson) dismay. For her childhood friend and neighbour Kazim (Shazad Latif), the answer is to follow his parents’ example and opt for an assisted marriage with a bright and beautiful bride from Pakistan. As Zoe films his hopeful journey from London to Lahore to marry a stranger, chosen by his parents, she begins to wonder if she might have something to learn from a different approach to finding love.