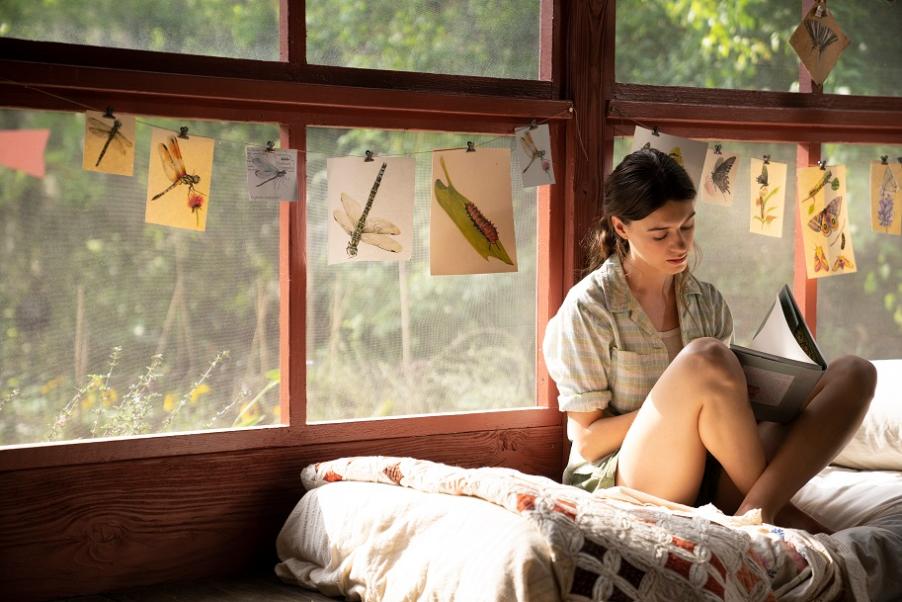 Where The Crawdads Sing, a Crawdad is a freshwater crayfish, is based on the novel by American author Delia Owens. First published in 2018 by January 2022 it had sold over 12 million copies worldwide making it one of the best-selling novels of all time.

Where the Crawdads Sing tells the story of Kya Clark (Daisy Edgar-Jones), a girl abandoned by her father and mother and left alone to raise herself in the marshlands of North Carolina.

Pretty much shunned by the people of the nearest town, who know her only as “Marsh Girl”, her only friends are the two kindly shopkeepers that she regularly visits and her childhood friend Tate Walker (Taylor John Smith). After the local high school quarter back and town playboy Chase Andrews (Harris Dickinson) is found dead in suspicious circumstances Kya, for reasons that are never really made clear, becomes the prime suspect.

The film then jumps back and forward in time going between her early life in the swamps and the ongoing murder trial. Defended by the local lawyer Tom Milton (David Strathairn) the trial, the pivotal part of the story, much like the rest of director Olivia Newman’s film, fails to generate any real tension.

Daisy Edgar-Jones, an English actress best known for her British TV work is woefully miss cast in the lead role. With her perfect hair, teeth and clothes, in every scene she is in she looks as if she has just walked off the pages of a Gap catalogue, there’s never a moment when you can believe that this is a girl who has had to fend for herself in a swamp. Smith and Dickinson don’t fare much better, both of them coming across as the type of stereotypical American high school students that we’ve seen in countless other films.

Where The Crawdads Sing is entertaining enough and there’s worse ways to pass a couple of hours but by the end it feels more like a bad Nicholas Sparks film rather than a big screen adaption of one of the most successful novels of all time.