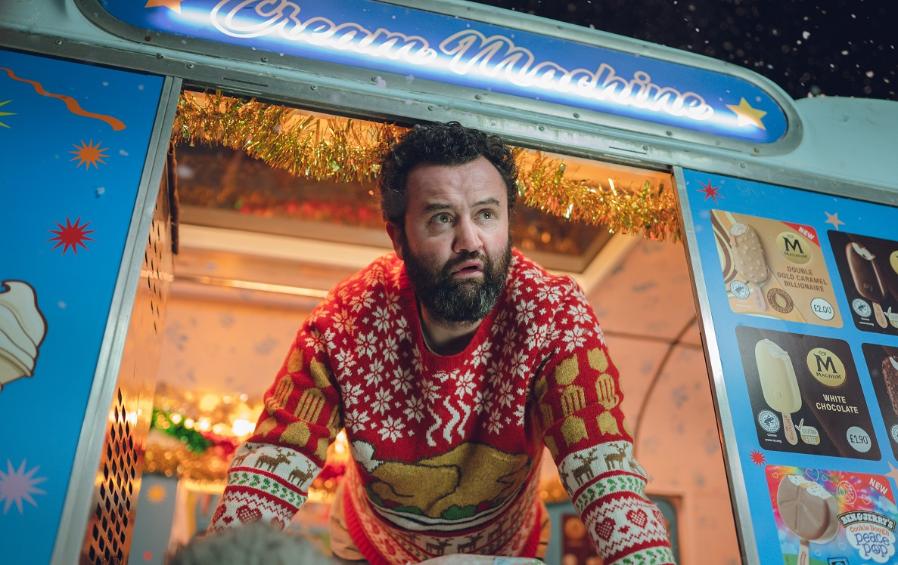 It's Christmas Eve-Eve. At Marylebone Train Station, an excitable young couple, HAYLEY TAYLOR and JAMES HUGHES burst through a throng a passengers eagerly heading home for Christmas. James is going to be bored out of his mind in the small village of Kemble whilst Hayley won't get a moment's peace at her large family Christmas in Macclesfield. As they say their goodbyes, they suddenly realise just how much they're going to miss each other. Three weeks apart feels almost unbearable. As Hayley takes her seat on the train and James is about to board his on the other platform, they both suddenly make the same impulsive decision to surprise each other for Christmas and unwittingly cross in the station and swap trains by mistake. The whistle blows and the trains pull away in opposite directions as heavy snow begins to fall. Hayley and James quickly realise this is going to be a Christmas like no other when, trapped by the heaviest snowfall in years, they are forced to spend Christmas with each others families. James is thrown into the chaotic, loud and loveable Taylor family household where Christmas is the manic highlight of the year, whilst Hayley steps into the huge and daunting Hughes property to find that there is no Christmas in sight. In their two different worlds, the couple are about to realise that there is a whole lot that they didn't know about the person they had fallen in love with. Will their love survive as their biggest secrets begin to get unwrapped?