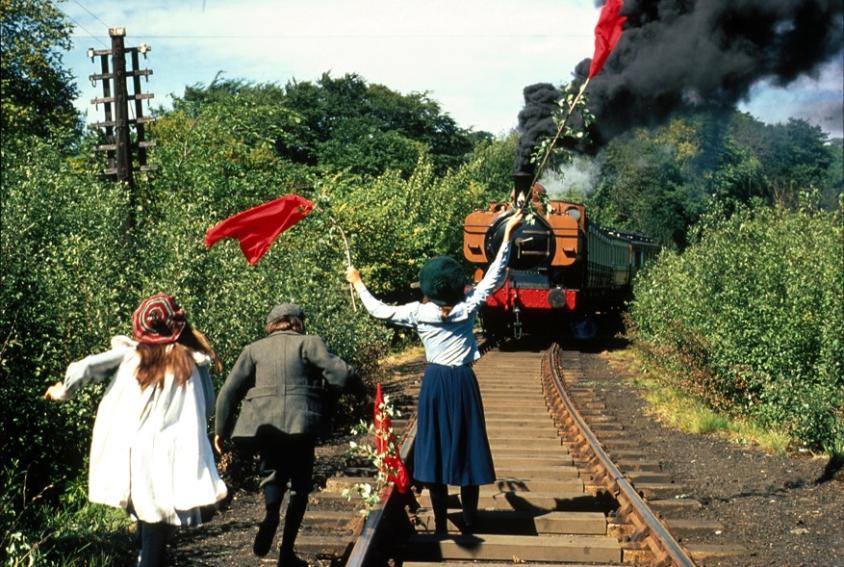 STUDIOCANAL have announced that Lionel Jeffries’ classic film THE RAILWAY CHILDREN will have a special one-day nationwide release on Sunday 3 July. The release, which will see the film play in over 200 sites across the country, gives audiences a rare opportunity to watch one of the most beloved British family films of all time on the big screen.

THE RAILWAY CHILDREN, originally released in 1970, is a key title in STUDIOCANAL’s world-renowned catalogue, and part of their celebrated Vintage Classics collection.

The one-day screenings come ahead of the 15 July cinema release of the highly anticipated follow-up THE RAILWAY CHILDREN RETURN, produced by STUDIOCANAL, which sees Jenny Agutter reprise her iconic role as Roberta “Bobbie” Waterbury alongside Sheridan Smith, Tom Courtenay, John Bradley and a new generation of Railway Children.

Alex Hamilton, CEO of STUDIOCANAL UK, said: “We’re delighted to be able to bring such a quintessentially British classic back to cinemas once more. With a new chapter in the story, THE RAILWAY CHILDREN RETURN, set to arrive on 15 July, it’s fantastic to be able to give audiences the opportunity to watch the original on the big screen first.”

Based on the novel by Edith Nesbit, and written and directed by Lionel Jeffries, THE RAILWAY CHILDREN is a tale that has inspired and entertained audiences of all ages since its release in 1970.

When Father is mysteriously taken away by the police one night, Bobbie (Jenny Agutter, Walkabout), Phyllis (Sally Thomsett) and Peter (Gary Warren) move to the country with Mother (Dinah Sheridan, Genevieve) to start a new, more modest life. The children while away the summer days playing on the local railway, where they make the acquaintance of station porter Mr. Perks (Bernard Cribbins, Dr Who, The Wombles, Jackanory), and the Old Gentleman (William Mervyn), who waves to them from his 1st Class carriage every morning. In awe of the great steam locomotives that thunder down the track, the children’s resourcefulness is put to great use: one day preventing a derailment, the next saving an injured cross-country runner; all whilst they await the return of their beloved Father.

The fully restored Blu-ray and DVD release of THE RAILWAY CHILDREN in 2010 for the film’s 40th anniversary includes a retrospective documentary and interviews with key cast Jenny Agutter, Bernard Cribbins and Sally Thomsett, with the film also available to own on Digital across all major retailers.

THE RAILWAY CHILDREN is also available on new streaming service STUDIOCANAL PRESENTS, accessible via the Apple TV app, along with a host of other classic titles from STUDIOCANAL’s celebrated catalogue of film and series.